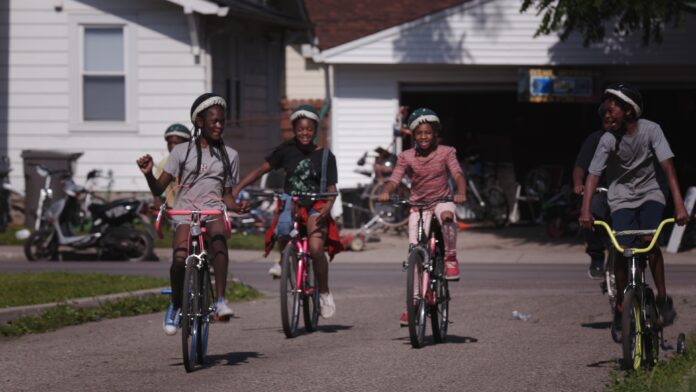 As America finds itself ravaged by political division, social unrest, and an unprecedented pandemic, there has never been a better time to shed light on the kindness, decency, and power of community that the new feature documentary The Antidote puts front and center. As suggested by the name, the film was made in response to the times we are living in, spotlighting various acts of compassion by ordinary individuals to remind viewers that, despite our current climate, there is still good in the world.

The goal of Emmy award-winning filmmakers Kahane Cooperman and John Hoffman was to ignite hope and unity by telling uplifting stories that counterbalance the division and hostility that dominate headlines today. “We knew we wanted to make a film people could watch and afterward say, ‘This is who we really are,’” says Cooperman.

Available on Amazon Prime, the film focuses on intentional decisions made by everyday Americans to uplift their fellow neighbors. In Boston, Massachusetts, we meet a Harvard-educated doctor who has spent the last 35 years treating homeless patients in the city’s streets, parks, and train stations. In Anchorage, Alaska, we watch the community welcome a family of Congolese refugees who spent 17 years in a refugee camp in Rwanda. In Portland, Oregon, we see the real-life practice of the phrase “it takes a village to raise a child” at Bridge Meadows, an intergenerational housing community for elderly residents, foster children, and the parents raising them. “This film is not about ‘random acts of kindness,’ as great as those are. That’s not what we’re talking about. Kindness is a tool, and a powerful one, so intentionality was key,” explains Cooper.

The subjects of the film are deliberately not identified because they stand as universal symbols for the ordinary citizens that make up America today: single mothers, healthcare workers, teachers, LGBTQ people, college students, restaurant workers, and more. “It was important that viewers be able to see themselves in this film at some point or another,” says Cooperman. “This is not a film about who you voted for. It’s about our common humanity.”

The stories of kindness shed light on the fundamental issues of unkindness that plague our society: racism, sexism, homophobia, xenophobia, poverty, and sickness. “As beautiful as many stories we researched were, if it didn’t access the unkindness that made a situation possible, it didn’t fit,” says Hoffman. But at its core, the film is an inspiring call-to-action for viewers to #BeTheAntidote in their own communities. As pointed out in the film by a nine-year-old named Brody, “Without kindness, we’d all be maniacs.”

Power Of Publishing And Questioning The Status Quo