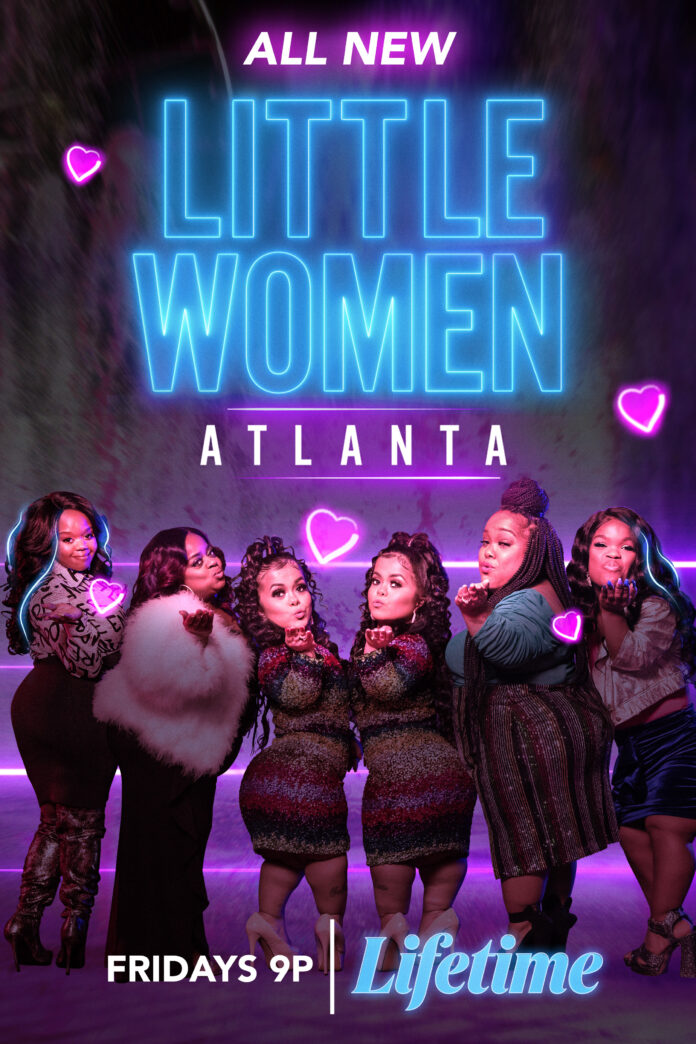 After a dramatic year of struggles and transition, Lifetime’s unrecorded hit series Little Women: Atlanta returned with the eagerly awaited premiere of season six on its special night, Friday, January 22, at 9 p.m. ET/PT. The season kicked off with Ms. Juicy, Minnie, the Tiny Twinz Amanda & Andrea, Abira and the return of Monie, as the ladies all came back together in Atlanta to pursue their dreams in the city’s vibrant hip hop scene.

Once again, the ladies brought the fun, the drama, the competition, and the love as together they faced health issues, career changes, relationship ups and downs, and life’s hardest trials and tribulations—all while still dealing with the complexities of living in an average-sized world.

Monie made her return to Atlanta looking for support and a place to stay, but Ms. Juicy had other ideas. When Abira felt slighted by the Twins, their long-standing feud erupted into all out chaos, catching the rest of the girls in the crossfire and landing Ms. Juicy in the hospital.

After a two-hour block of fan-bingeing programing beginning with the Little Women: Atlanta Kickoff Special on January 22nd, the series premiered 90-minute, super-sized episodes on January 29th at 9pm ET/PT every Friday night, followed by the all-new 30 minute after show, Little Women: Atlanta Unfiltered, hosted by Loni Love (The Real). If you’re not caught up with the series, then you can watch the first five seasons online free on Lifetime’s website!

Watch a sneak peek of episode 2 below:

Brandy Is Back With New Music and Set To Perform at...