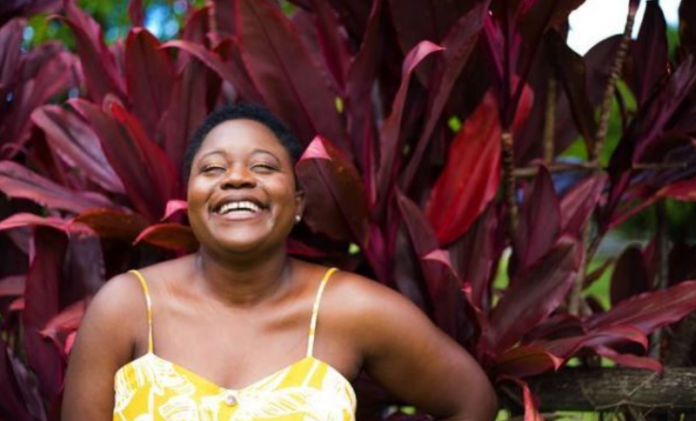 Rahama Wright dreamed of becoming a Peace Corps volunteer since she was in middle school. The organization is a service opportunity for motivated changemakers to immerse themselves in a community abroad, working side by side with local leaders to tackle the most pressing challenges within this generation, according to the Peace Corps website. Her parents met during her father’s Peace Corps service in West Africa. Her mother’s experienced financial limitations and a lack of opportunities in education. After hearing about her mom’s experience of growing up in Africa, Wright wanted to focus on helping women break the mold. While serving and living in a rural African village with no running water or electricity, Wright had the opportunity to meet women in the community who struggled with poverty, yet had access to a natural resource. She expanded her service within the village by creating Shea Yeleen, a health and skincare line made from real Shea butter.

Wright worked in a community health center in sub-Saharan Africa where she assisted nurses with prenatal and postnatal care. She immediately felt an overwhelming love and support from the people, especially the women of the village. While hosting cooking demonstrations, a woman approached Wright asking if she could substitute items since she couldn’t afford the original ingredients. Wright knew that her support needed to go beyond the Peace Corps, so she secured monetary funding from the local Peace Corps office to start a small women’s co-operative that focused on training and building skill sets.

Wright was introduced to the Shea tree which grows in the Sahel part of Africa. Despite Africa’s male-dominated agricultural industry, the women work to harvest the Shea for their skin and cooking. Corporate manufacturers in Europe and Asia source the Shea seed directly, cutting out the women’s ability to be part of the supply chain. Wright helped the women in the villages produce the Shea butter before selling it to buyers, so they could have a hand in the process and get rewarded for it financially. Thus creating the company, Shea Yeleen.

“Yeleen means ‘light’ and ‘hope’ in Bambara, the language I learned as a Peace Corps volunteer in Mali,” Wright said. “The first Shea butter cooperative I developed was in Mali and the reason for Yeleen is that we bring light to the economic issues facing women Shea butter producers in sub-Saharan Africa and we bring hope through the living wages we create with our product line.”

Wright supported the women so that they could financially provide for themselves, and their families, while gaining more independence. Like the work in the Peace Corps, building the Shea Yeleen company didn’t come easy. Wright had to manage banking and security restrictions, and operations had to be moved from Mali to Ghana. Being an American citizen, she had to balance between working in Washington D.C. and villages in West Africa. She’s also had experiences with racial and gender discrimination. As a Black woman, she had to work harder to prove herself in a business sphere that is still largely dominated by white men while facing sexual harassment.

Shea Yeleen works with Shea butter producers in 14 different Ghanaian villages with two processing centers located within the country. They provide training, access to production equipment, capital, payment of five times the living wage in Africa, and the resources needed to create a high-quality product that is profitable in the international marketplace. The women working for Shea Yeleen were able to produce 21 tons of Shea per month. Rahama takes pride in how she’s providing women with the living wages they deserve as a result of their hard work. “When these women have access to a wealth of their own, they are instantly able to create more opportunities for themselves and their loved ones.”

Besides purchasing Shea Yeleen products directly, consumers can support the brand by engaging and sharing their missions of women’s economic empowerment and sustainability. Wright was able to show that women deserve more in minimum wages.

Kenny Lattimore Puts On The “Pressure” With New Single

How CEO Inna Tuler Saved Her Company During COVID-19