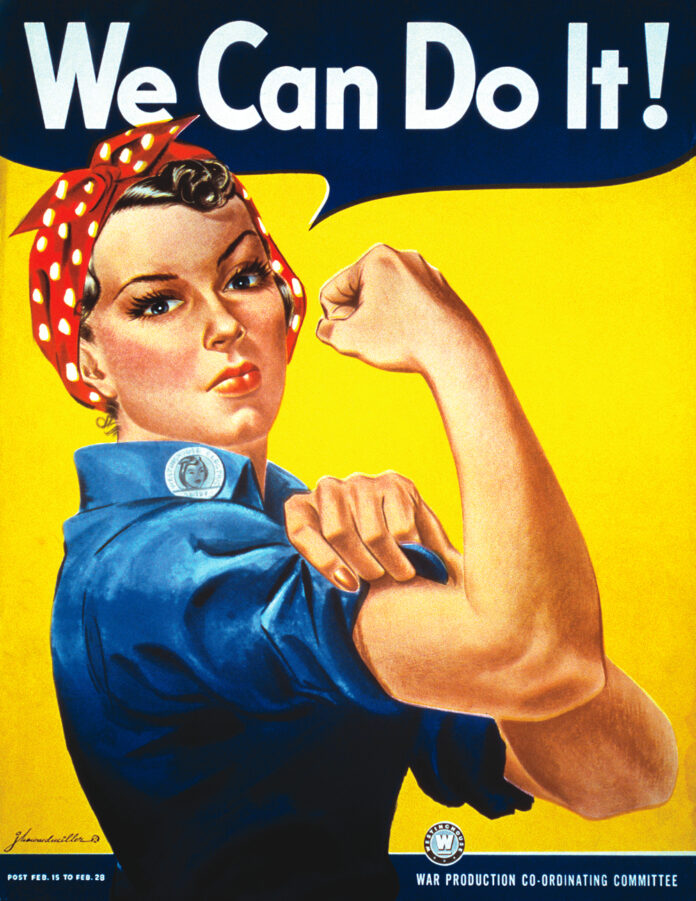 It’s been 75 years since world war II and much has changed since then. Rosie the Riveter was a famous image during World War II and still is now. The Westinghouse Electric & Manufacturing Company produced it to promote that women should go into the workforce to replace the open positions men left after going off to war.

There is a common misconception that women were just housewives during the 1940s. In fact, many already obtained low-paying jobs to help support their families. Some were clerks, child care workers, and some women were even waitresses.

Despite the hard work and perseverance working wartime industrial jobs, the displaced women and did not acknowledge them. Instead, they were sent back and their jobs were taken by the men that returned.

A few months ago, Mae Krier, a ninety-four-year-old Philadelphia resident won her battle to win the acknowledgment and representation of Rosie the Riveter. The figure was awarded the Congressional Gold Medal. Mae Krier has been promoting awareness for approximately five million women that served in the workforce during the 1940s. Krier spent decades fighting for this recognition and now 75 years after the war, they finally received it.

Rosie the Riveter serves as a reflection of the wonderful contribution women made during that time. However, it also serves as a reminder to women all over the world that they are powerful, strong, independent, and can accomplish anything they set their minds to.