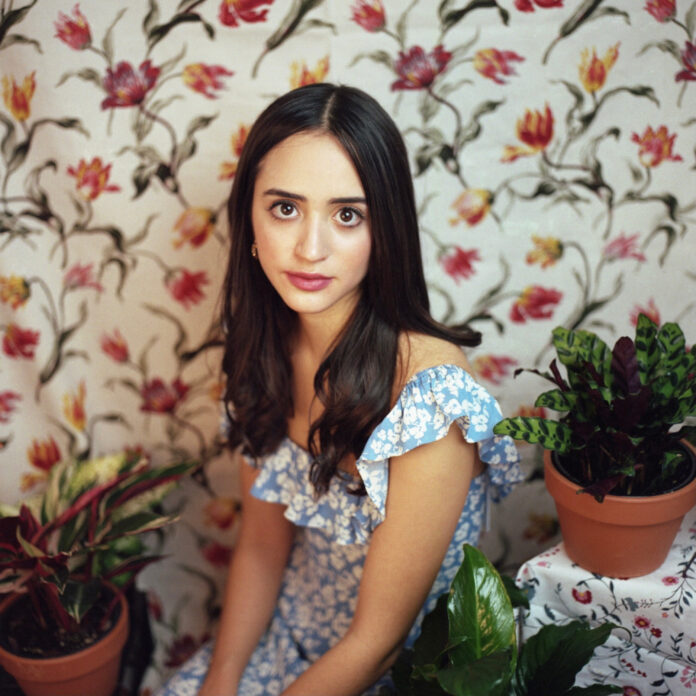 Artist and activist Alma Grace launched her newest single “Aventura” on March 26th. “Aventura” is the second single from her debut EP ‘FRIDA’ (due out on May 5th) and follows on the heels of her recent single “Girl Fight.”

Alma Grace has always felt a strong connection to Frida Kahlo. She first learned about her through the Frida adorned matchboxes and coasters her grandmother would bring over from Mexico City. As she grew older, she dug deeper into Frida’s life and became fascinated by how the Mexican painter redefined beauty standards and broke down the boundaries placed on gender, race and sexuality. The ‘FRIDA’ EP is both an ode to Frida Kahlo and an exploration of how Frida’s legacy has affected Grace’s own journey through life.

Following the bisexual, feminist anthem “Girl Fight,” which was released late last month, Grace’s new single, “Aventura,” is another striking, narrative-driven pop number. Alternating between English and Spanish, “Aventura” is an ode to her own multicultural and bilingual upbringing—a theme that is carried throughout the ‘FRIDA’ EP.

“I loved the double meaning of the word “aventura”—it simultaneously means adventure and affair, and Frida certainly had her fill of both,” Grace writes. “Frida is rumored to have had affairs with everyone from Leon Trotsky to Georgia O’Keeffe. She lived her life loving whoever she wanted to love—a courageous philosophy for a woman in the early 1900s and in the modern day.”

Alma Grace launched her music project last year with a string of buzz worthy singles. Her mixed musical influences reflect a globalized upbringing—she learned how to love from Selena, make witty comebacks from Shania Twain, and turn pain into art from Lauryn Hill. Besides her budding music career, Grace has also performed on Broadway and Lincoln Center stages, been featured at Tribeca Film Festival, and acted in a multitude of films and TV shows.

Despite only being 21 years old, the NYC born-and-raised songstress has also had an impressive career in social justice. As an activist, she attended her first protest at 13, has volunteered with community-based organizations in Harlem, and has worked in both the Bronx and the U.S. Senate to defend immigrants facing deportation—a cause close to her heart as a second generation Mexican-American.

Rod Wave Teases New Album With the Premiere of “Alone”