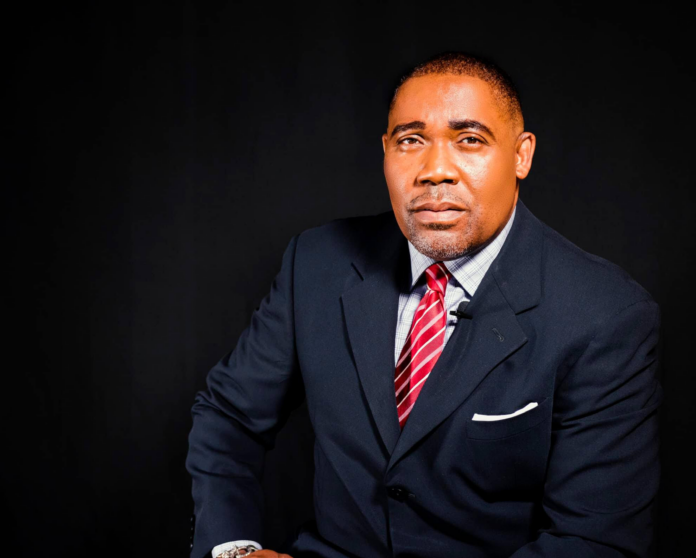 James Hunt is known as the “Celebrity Credit Guru” who helps everyday people, entertainers, and athletes with their credit. Among his clients were people like Bruno Mars, Akon, Tank, Taraji P. Henson, Larenz Tate, Tichina Arnold, Tyrese, Usher, and Shaq. His road from being homeless eight years ago to becoming a multi-millionaire business owner and author became an inspiration to all. Hunt also has a penchant for developing young Black men into successful entrepreneurs. Now, he is helping younger entrepreneurs with his new company, The Hunt.

“The Hunt, while a namesake, is all about being able to target what it is that you want with a laser focus and going out there and getting it,” Hunt said. “It is my new company, which is focused on developing young Black entrepreneurs. I think that so often we are encouraging people to be entrepreneurs, but no one ever teaches you how to hunt and how to properly go after what you want.” Please see ENSPIRE’s interview below with Hunt on the work to create more young entrepreneurs.

Describe more about your backstory, how did you become homeless and what were the obstacles you had to face during that time?

Due to bad choices that I made, the bottom of my life fell out and I found myself facing homelessness. It was just a series of unfortunate situations and things that were behind my control. I simply walked away from everything and everyone in an effort to start over, so I was homeless for a short period until I was able to pull things together.

What did you learn from your journey from homelessness?

I learned that sometimes hitting rock bottom is what is required for you to actually experience a come-up. There is a cold reality in walking the streets all night. You take notice of everything. During the time I was homeless it seemed like everyone in the world was happy except for me. Walking up and down Peachtree (in Atlanta), I would pass couples who were holding hands and I would be jealous of the fact that there was a home they were walking to somewhere. I would walk past apartment buildings with the music playing, and I would look up and see dancing shadows. Everyone appeared to be successful except for me. It changes you forever. I attribute my drive and ambition to that experience because I am afraid of ever falling that low again.

Failure is a part of the process. I see it as God’s way of saying that you are going the wrong way and if I did not pull the bottom out from under you, you would self destruct. In retrospect, I embrace failure because it was the most teachable moment and time in my entire life. I would not be at the level I am now without it.

You talk about providing resources, information, and training to the upcoming entrepreneurs. How important is it for the younger generation in the Black community to have these three aspects in order to become entrepreneurs?

Those were some of the aspects that I was lacking which led to me being homeless. So, I make sure to empower the young men I work with with the tools that I was missing. My goal for them is to see them succeed and become even greater than I am. When I see my former employees buying multiple homes and leasing them out, hiring interior decorators, and seeing the great work they are doing, it makes me proud.

How important is focusing on the “mindset” to reach success?

As a man of faith, I am familiar with this biblical truth—as a man thinketh so is he. You will never go further than your ability to think. So, the challenge is always in empowering people to think outside of their small boxes, the boxes of their own limitations. If they are exposed to more than their box, which is an example of the current world they live in; it is expanded and it forces them to think bigger and acquire the mindset for success.

Name a few people who have benefited from The Hunt.

Most recently, Darius Cole, John Gamble, Julian Franco, and Demarcus DeAndre. They are all people who worked under me, I trained them and showed them everything I know. Now, they own their own businesses. They are six-figure earners and some are seven-figure earners. Darius, I helped him at 19. He worked with me for almost four years and to see his success and all he has accomplished is extremely empowering and gratifying to me. For all of them, I enjoy being able to stand in their shadows and watch their success knowing that I was the wind beneath their wings.

Did your company, The Hunt, have to navigate or make changes during COVID-19?

Yes, but the changes that we made were positive. The business has been better and has gone up about 30% since COVID-19 began. If there was anything that might be perceived as a negative, it was that we could no longer see clients in the office due to safety protocol. Things were a little less interactive and hands-on. Other changes are that we have had to be more sensitive to the needs of our clients. You have to realize that you have a large segment that is currently out of work and unable to handle their financial needs, but at the same time, they are desperate to fix the issues that are being caused by the effects of the pandemic. So, what we did was lower our prices in order to meet that need and ran a series of specials to accommodate them. That led to a great uptick in business because although we lowered prices, the number of customers rose to more than offset the change in prices. There are certain businesses that because of their ability to adjust are recession-proof, and when there is a recession other businesses like ours actually thrive. I have actually hired new people.

For more information on James Hunt and his company, visit celebritycreditguru.com. For further information check Instagram at @whoisjameshunt.

Footaction and B. Simone Launch Exclusive Collection for Women