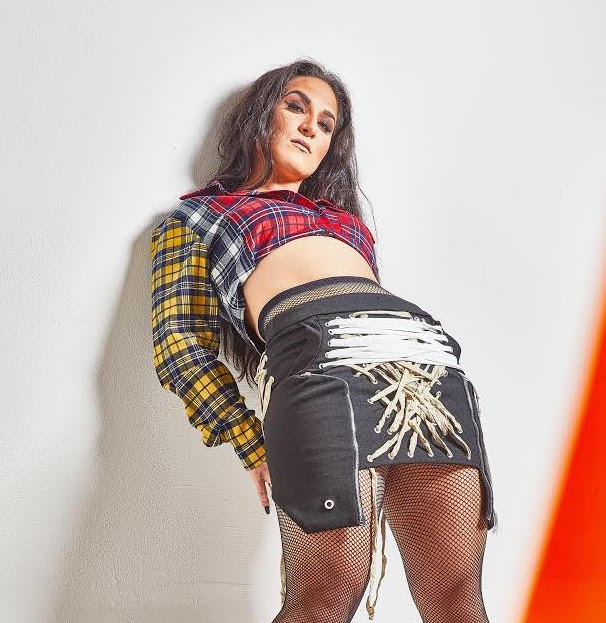 ( ENSPIRE Music ) Fresh Off the Release of her Debut Single ‘The Dragon,’ Sheyda’s Newest Single is Ready to Light up the Nashville Music Scene

Singer-songwriter Sheyda Fassari may be new to the game, but her love of making music has lasted her entire lifetime. Growing up on a horse ranch in California, Sheyda chose to follow her dreams all the way to Nashville, pursuing a degree in vocal performance at the prestigious Belmont University. It wasn’t long after she began her degree she discovered she had vocal nodules, a severe ailment for vocalists that can only be removed surgically, which led her to switch majors to focus on business and songwriting. With her future in music she had always hoped for in jeopardy, she was left feeling ultimately discouraged and uninspired. Fortunately, studying songwriting allowed her to further explore her talents beyond singing, establishing herself as a multifaceted artist. Once fully back on track, Sheyda set out to create music with honest and emotive lyrics that, above all else, we’re about love.

Sheyda’s first single, “The Dragon,” was all about the struggle of addiction and that of those who watch a loved one deal with addiction. “I was walking into a writing session when I had to help organize getting someone I love into rehab,” she says of the personal track. Moving on from the success of her first single, Sheyda’s newest single, released on April 30th, ‘GTG’ is sure to turn heads and make her one of the hottest names in Nashville.

Has music always been a big part of your life? Who was your favorite artist growing up? How did you get involved, and when did you realize it’s what you wanted to do for the rest of your life?
Music has always played a huge role in my life. I grew up loving a lot of different artists and music, I think the first band I really loved was No Doubt. I was singing before I was talking really and taking lessons by the time I was 9. I told people from the time I was 7 or 8 I wanted to be a singer when I grew up.

How would you say your own personal struggles and experiences have shaped the music you create?
Everything I’ve ever lived through and experienced has made me into the person I am today. All of those moments have had a huge effect on my artistry and a hand in how and what I create.

How would you say your own personal struggles and experiences have shaped the music you create?
Everything I’ve ever lived through and experienced has made me into the person I am today. All of those moments have had a huge effect on my artistry and a hand in how and what I create.

You work out of the Nashville music scene. How would you say music produced in Nashville might differ from music in other parts of the country, if at all?
I think the Nashville music scene has a lot of country blues and rock that is thriving while on the other hand, somewhere like LA is dominated by a lot of Pop and Hip-Hop. That’s not to say that you can’t find one or the other in either place, but one genre can be heard more readily in LA or Nashville than in the other. Even though I consider myself to be more Pop you can hear some country and rock strands in a lot of my songs and I think that’s the biggest difference.

The visuals for “The Dragon” music video are stunning! Do you imagine while you’re creating the music how you want everything to look, or does that come later?
Thank you! I think it depends on the song. Sometimes, when I’m writing or we’re in the studio working on production the music video starts to play in my mind and I know what I want things to look like from the beginning. Other times it comes later. With “The Dragon” I knew what I wanted beforehand and it’s something that had played in my head for a while. I knew the story I wanted to tell, and it came together pretty seamlessly.

Art and music are generally a very collaborative industry. Is there anyone, in particular you would love the opportunity to work with?

There’s a lot of musicians I really want to work with. I would love to do something with Bishop Briggs one day. As far as other forms of artists I got to work with Jen Rosenstein recently who is an amazing photographer and took the photo that we used in the “GTG” single cover.

You have such a powerful story. What is the message you want to send to people who listen to your music and admire you?
I think more than anything I just want to send the message that they’re not alone. Whether that be in their struggles, their interests or in whatever else it is that’s happening in their world, I want people to listen to my music and feel empowered. It took me a long time to really put myself out there as a musician and to trust myself, it’s still something I’m working on, but I’m hoping that doing so enables others to do the same.

We’re so excited for your new single “GTG!” What can you tell us about this new release?
I’m so excited too! It’s out on Friday the 30th, and it’s got a bit of a different sound than “The Dragon”. It’s a lot more fun and lighthearted lyrically and I can’t wait to get it out so everyone can hear it!

Introducing a totally different vibe, her new single is an empowerment anthem taken to the next level by Sheyda’s demanding vocals and emotional songwriting. First and foremost, She is an artist defined by her strong vocals, honest writing, and mesmerizing visuals. Though Sheyda may still be in the process of introducing herself, one thing is sure: there’s more where that came from.