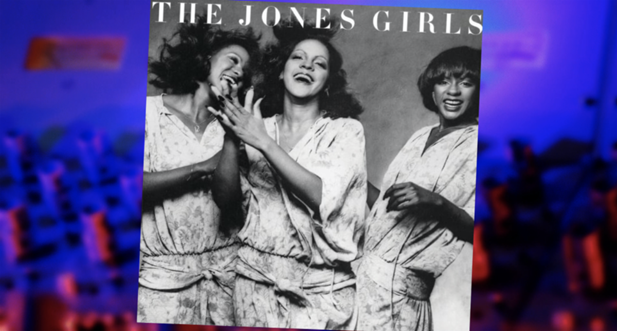 The season finale of TV One’s original, docu-series UNSUNG is slated to air this Sunday, May 23. UNSUNG will tell the tale of The Jones Girls at 9 p.m. ET/8C. The R&B sister Shirley Jones shares the story of success and how their legacy lives on to the present day. The Jones Girls, Shirley, Brenda, and Valorie–are most notably known for their 1979 hit song “You Gonna Make Me Love Somebody Else.” The trio performed as backup singers for singers such as Lou Rawls, Teddy Pendergrass, Diana Ross, Aretha Franklin, Le Pamplemousse, to name a few, and were the backup singers on Linda Clifford’s 1978 album If My Friends Could See Me Now.

The vocal trio of sisters from Detroit, Michigan; daughters to The Song Bird of Detroit, Mary Frazier Jones, grew up with Gospel roots, singing in the church, and traveling around in the same circles as The Clark Sisters and The Winans. The Jones Girls made quite the name for themselves with their impressive vocals, and in 1970, they recorded the songs ‘Learn How To Love’ (on Ember Records) and ‘My Own Special Way’ (on Ember Records, additionally). In 1972 the Jones sister’s big break in the music industry came when Music Merchant, run by Motown Legendary songwriters Holland-Dozier-Holland, signed the teenage trio to sing Pop Songs.

Throughout the trio’s career, the group released memorable songs, including “Who Can I Run To,” from the band’s self-titled 1979 debut album, and in 1995 a cover version was recorded by R&B group Xscape. In 1980, The Jones Girls’ 1980 album, At Peace with Woman, included their single “I Just Love the Man,” a song that became a woman’s anthem in the ’80s. The trio created unforgettable hits that resonate across the airwaves to this date.

On TV One’s Unsung episode airing on Sunday, May 23, Shirley Jones opens up about the journey she shared with her sisters in their rise to soul fame and how she is still carrying on the legacy today. The Jones Girls, a trio of sisters with some of the silkiest harmonies in the history of soul.

The seven-time NAACP Image Award-winning series UNSUNG had an explosive season with equally unforgettable stories from a wide array of artists including Morris Day, Hezekiah Walker, Keith Walker, Mystikal, Leela James, Syleena Johnson, Bobby V, and Lyfe Jennings. UNSUNG, one of the network’s longest-running series, highlights the careers and explores the personal lives of some of the most talented, versatile, and influential black vocal artists.

Actor Gary Anthony Williams narrates UNSUNG and is Executive Produced by Arthur Smith and Frank Sinton of A. Smith & Co. Productions. Mark Rowland also serves as Executive Producer. For TV One, Jason Ryan is Executive in Charge of Production; Donyell Kennedy-McCullough is Senior Director of Talent & Casting, and Robyn Arrington Greene is Head of Original Programming and Production.