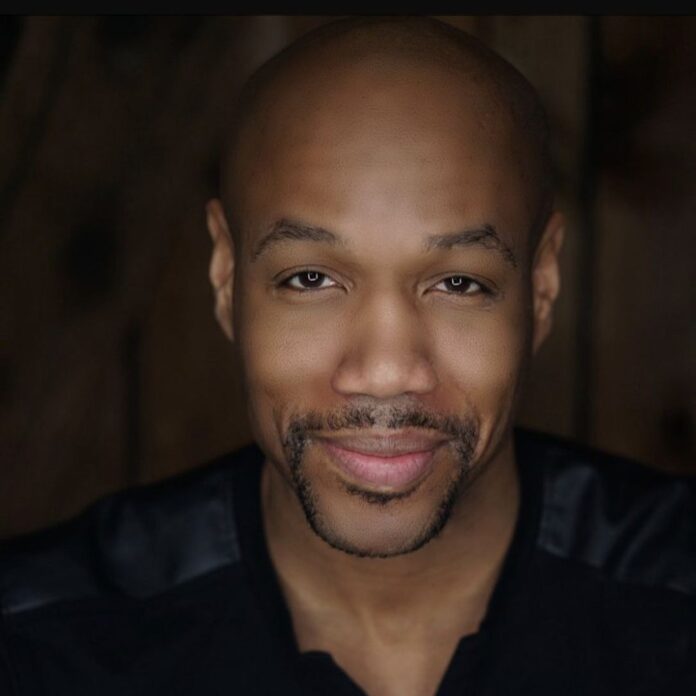 Just Isaac (JI) is a six-time Canadian boxing champion (Including 2-time Golden Glove Champion), actor, recording artist & motivational speaker. “Think Fearlessly” is a book rooted in the author’s heart, bounded by and cultivated in his faith, professional background, and the passion it took to rise to the top. “Think Fearlessly” by Balboa Press, walks readers down a path that teaches the art of embracing their potential through all the obstacles. JI gives insight into how to reach that point in your life. If you have a dream, you must do the work, believe in yourself and your ability to get it done, against all odds. JI’s life experiences, both personal and professional will guide you on how to stay on your path, never someone else’s, and how important it is to keep destructive people and thoughts that come your way… from getting in the way. Ignore the negative. Learning to deal with and embrace these experiences, constructively, is a part of who we are and who we become. Think ahead, visualize where you want to be, and move towards that goal. JI’s faith and ability to stay focused through the years has made him a success and “Think Fearlessly” is a road map to that success.

“Think Fearlessly” takes on issues that life brings to all of us. This past year has been a testament to that. The fears, isolation, and uncertainty of the existing pandemic changed our lives. It’s important to step outside ourselves and know there is something bigger than ourselves, to cope. A very personal choice, but one that allows us to move forward. JI believes, “We are free to be the best we can be, whatever the circumstance.” Also, there is wisdom in the words of those who have led before us. Pay attention to the difference between negativity and support. “Think Fearlessly” helps readers through the noise and leads them to peace.

ENSPIRE Magazine asked Just Isaac questions about his upbringing, inspirations and what has motivated him over the years.

ENSPIRE Magazine: You have a very diverse background being an actor, hip hop artist, motivational speaker, and retired boxer. Can you talk about your upbringing and how you landed where you are today?

Just Isaac: I was born in Western New York. I grew up in the projects. I come from a very poverty-stricken area. Both of my parents were involved in music. My Dad was my musical mentor. He was the lead singer in a band called “New World Productions”. My mom was a recording artist. As far as fighting is concerned, it was superimposed through cultural conformity. I saw a fight every day at the bus stop. My mother awakened my spiritual consciousness when I was a little boy. She read through the scriptures once, however, I was not raised in the church. I got involved in street life, my Dad found out and intervened by pushing me to get involved in extracurricular activities including Boxing. My father was not a stranger to what I was involved in. When I set the goal of becoming a Champion Boxer there were few who believed in me. Ironically, it was the pimps, prostitutes, drug dealers, homeless and other people who are looked down on in society who believed in me.

ENSPIRE Magazine: Can you speak about your book “Think Fearlessly”?  What inspired you to write the book? What is your greatest hope for the impact this book has on others?

Just Isaac: I was offered the opportunity to host a television show out west in The United States. I was really looking forward to this international project. Then the pandemic hit, and everything was locked down. I was really discouraged for about a week. I did not know what I was going to do. I then began to pray to God as tears quietly rolled down my face. And then I had to eat the words that I spoke to others. “We have to find a purpose greater than ourselves”. I started writing with the goal to release literature that would expose my experiences and perspective. I felt very vulnerable halfway through writing the material as fear gripped my heart. I was going to abort the completion of the book because of fear. I recognize if transparency can help someone and can reveal the secrets of my accomplishments then I will share. The Book “THINK FEARLESSLY” was birthed out of adversity.

Just Isaac: I have come to the realization that there are some of us who have no awareness of the greatness that is locked inside of us and have not experienced the unraveling of extraordinary possibilities. The manifestation of pleasant surprises that correlate with our destiny. There are mysteries revealed within this book that I believe are divinely inspired.

ENSPIRE Magazine: The book features many personal anecdotes from your past. What was the writing process like for you as you had to look back and reflect on your life?

Just Isaac: The principles that have been expressed in past times through my motivational speaking have helped those who had no vision or purpose connect the dots. There are those who have already experienced an increase of productivity and functionality within their pursuit of success through the literature. Especially within the realm of business. This was and is my objective through “THINK FEARLESSLY”. Who and what we believe we are is what we are.

ENSPIRE Magazine: Can you speak about your own journey to “thinking fearlessly”?

Just Isaac: In my own journey what makes me special is not fame or money or any other so-called form of mainstream success. What makes me special is the simple fact that I am an object of divine attention. My builder and maker who is God have not given me a spirit of fear, however, he gives power, love, and a disciplined mind.  I have had encounters that involved me being overtaken by fear, however, I have learned new levels of freedom in life which involves me being the best that I can be.

ENSPIRE Magazine: Can you speak about some of the obstacles you’ve faced in life and how you found the strength to overcome them? What were some major turning points in your life? How has your faith contributed to your personal growth and success?

Just Isaac: The greatest obstacle that I have had to overcome is the voices of discouragement in my mind. I have learned how to drown them out and replace thoughts of negativity with thoughts that cause my proclivity to lean towards our advancement and fulfillment of our dreams. I realize I am in this world that has so many systems that are set up to drive our progress as humanity. We are bombarded with information on a consistent basis. Even if I am standing alone, I am willing to navigate in conjunction with my values. I would rather be led by Faith than driven by what I naturally see.

ENSPIRE Magazine: Do you have any inspirational figures/people you look up to and why?

Just Isaac: Nelson Mandela, Mother Teresa, Martin Luther King Jr, John Brown, there are so many Freedom fighters who spoke against injustices, every Tudor and governor that has poured principles of success into my life.

ENSPIRE Magazine: What are your goals for the rest of 2021?

Just Isaac: I have been receiving coaching from a man named Frank Caruso to increase my acting skills. He is a director and producer of hundreds of featured films. This man is brilliant in his craft. I also look forward to continuing going into the nations with the message of “THINK FEARLESSLY”.