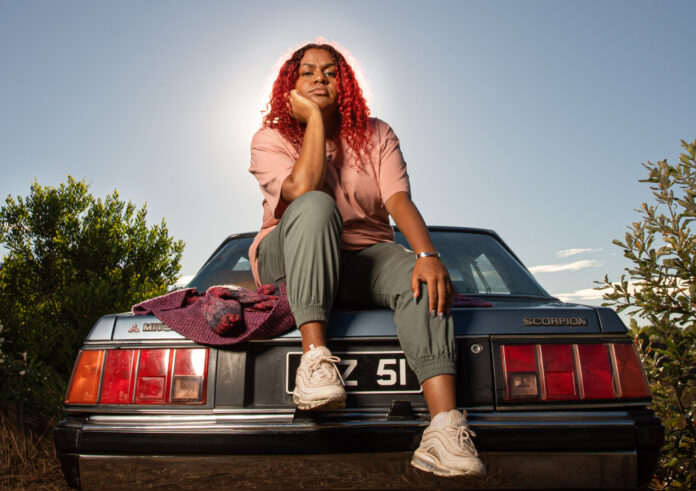 ( ENSPIRE Entertainment ) A Tale that is not only Important to Hear, but it is also Necessary

Miiesha, who hails from the rural Australian Aboriginal settlement of Woorabinda, burst onto the R&B scene with a voice and a tale that demanded attention right away. Miiesha (pronounced My-ee-sha) is an Anagu/Torres Strait Island woman who released her debut collection of songs, “Nyaaringu,” in 2020. The album, which featured Miiesha’s late Grandmother’s stories and strength, was nominated for five ARIAS, winning the 2020 ARIA for Best Soul/R&B Release, as well as winning QLD Music Awards, a NIMA, and being named Australian Album of the Year by NME, as well as Best Album of 2020 by The Music. She has also been nominated for APRA/AMCOS Breakthrough Songwriter of the Year and was selected as part of the current YouTube Black Voices campaign.

Presently working on her next two EP projects, “Smoke & Mirrors,” Miiesha delves deeper into her own personal tale, examining the sorrow and separation caused by her mother’s broken relationship, which was fueled by loss, trauma, and mental health problems. Miiesha’s tale is not only important to hear, but it is also necessary. “Damaged,” her most intimate song to date, examines the anguish and separation produced by a strained connection with her mother as well as intergenerational trauma.

With her true artistic ability to articulate the complexities of the Indigenous experience, Miiesha has already made impacts in the Australian music industry. Through the release of “Damaged” (and future releases), Miiesha hopes to bring Indigenous people’s stories to the forefront. She shares “Black people around the world have seen so much trauma that people need to understand that, even though we might be damaged from it, it has made us strong. Respect our stories, and try to understand”.

“Damaged” is an example of why so many people are drawn to the 22-year-old; her work reflects a candid and open personality who is not at all afraid to express vulnerability while still claiming her individuality and strength.

To hear more music from Miiesha, check her out on YouTube.