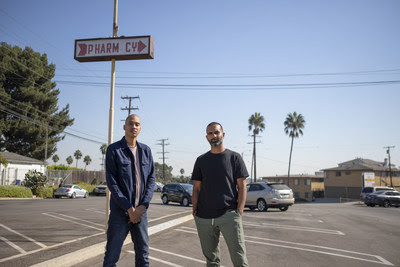 Slauson & Co., a Los Angeles-based venture capital firm, announced its launch this past February. The firm, led by partners Austin Clements and Ajay Relan, promotes intentional inclusion with a firm commitment to promoting racial equity in building and developing technology through investments in U.S.-based companies.

Taking its name from the prominent thoroughfare in South Los Angeles, Slauson & Co. serves as the opportunity for underrepresented guide individuals to encounter the traditional style of venture tech systems while cultivating a network of diverse professionals who are committed to fostering growth and inclusivity in the developing tech world.

“Democratizing access to entrepreneurship through the deployment of intentional capital is our approach to helping close the rapidly increasing wealth gap in this country,” said Ajay Relan, partner at Slauson & Co. “Marginalized communities–including women and people of color–have been left out of boom cycles for decades. There is a clear disparity in the venture capital industry and it’s time to recirculate our efforts and begin leveling the playing field for these talented entrepreneurs”.

Ajay Relan, previously a founding partner at Queensbridge Venture Partners, is well versed in business start-up. Relan’s most recent collaboration, Hilltop Coffee + Kitchen, is well known for its two L.A. neighborhood locations and its diversity and culture inclusion. Tackling these clear disparities has been an ongoing mission for Relan, who has also recently teamed up with actress, writer, and producer Issa Rae to continue fostering inclusion in the entrepreneurial space. (https://www.findyourhilltop.com/team)

Austin Clements, a former principal at TenOneTen Ventures, and co-leader of Slauson & Co., is equally dedicated to the mission of fostering inclusion and diversity. Clements’ experiences leading PledgeLA, a city-wide initiative that promotes diversity, equity, and inclusion, and managing Grid110 in South L.A., a nonprofit startup accelerator, have greatly shaped his initiative for inclusive tech ventures.

“We’re tapping into communities with tremendous talent that simply haven’t been given the opportunity and playbook to thrive,” said Austin Clements, partner at Slauson & Co. “We’re here to compete at the highest level and show that investing in underrepresented founders provides a competitive advantage”.

Slauson & Co. made headlines this past winter as the firm partnered with PayPal to bring over $50 million in investments to Black- and Latino-led businesses. Since then, Slauson & Co., under leadership of Austin Clements and Ajay Relan, has continued to provide indispensable opportunities to underrepresented individuals of the tech sphere.

Toronto Recording Artists Join Forces for Charity in New Single, “Wish I Could”