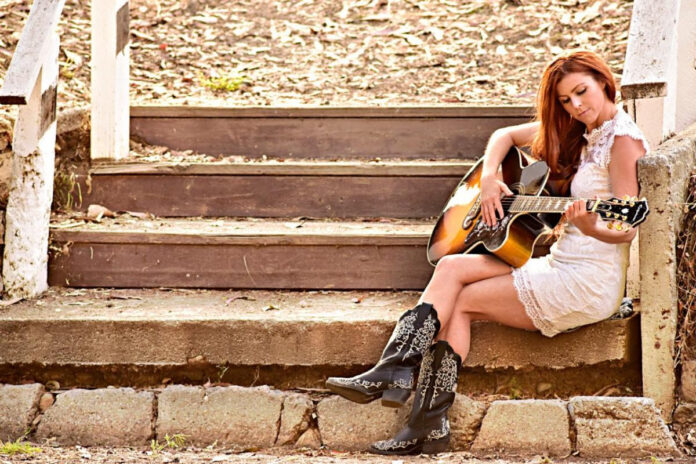 ( ENSPIRE Community Spotlight ) Erin Cosgrove’s Personal Experience With Mental Health Led to the Making of “Time To Live,” Which Is Meant To Give a Sense of Hope and Inspiration to Listeners

April was Stress Awareness Month, and Erin Cosgrove, country’s newest face, spoke about her own experience with anxiety and mental health, how she copes, how it helped her compose her current release “Time To Live,” and why it’s so essential to raise awareness about the topic.

Stress Awareness Month was a time to bring awareness to what causes our stress and how we can keep ourselves healthy mentally. “I was in a serious state of depression for 6 months. Basically, it started as soon as the pandemic started. The stress of everything happening in the world really made my mental state decline,” says Erin.

“What helped me most was writing music. Out of all the chaos came my single ‘Time To Live,’ which was my way of releasing my emotions into a song and telling myself and others that everything will be okay. I wanted to give people, as well as myself, a sense of hope and inspire people to continue to live their lives rather than hide in fear.”

Throughout the month of April, Erin hoped to encourage those who also may have been struggling. She shared, it is incredibly important to recognize the things in your life that are causing you stress, but it is just as important to find those healthy ways to deal with it. “Set aside time every day to put yourself first. I’m an advocate for listening to your own body, taking slow deep breaths, and setting routines and short-term goals to start off the day with an accomplishment.”

Stress continued to build for her in another aspect of her life as she got ready to move over two thousand miles away and relocate from her hometown in CA to Nashville this summer. “I’m so excited to be making this move. Yes, it’s very stressful when it comes to packing everything up, including traveling with two cats and a dog. While I do love living in CA, it’s time for me to make that move to Nashville to continue doing what I love.”

As Erin geared up to release a lyric video for the song, which was scheduled to come out later that month, she shared one more perception on the meaning of the song. “Anxiety and depression can happen to anyone regardless of their situation and everyone handles pain differently. In all, be kind to others, there’s always hope. It’s ‘Time To Live.’”

Visit Erin Cosgrove at her website and follow along with her on Instagram, Twitter, and Facebook. Her song “Time To Live” is available on all digital platforms including Spotify, Apple Music, and more. For more info on stress and ways to cope, visit www.stress.org.

Breakthrough country artist Erin Cosgrove has it all. Based in Los Angeles and Nashville, this powerhouse singer, songwriter and actress has made a name for herself with a great social media following. Teaming up with Grammy winning producer Mikal Blue, Erin released her second single “The Perfect Place to Start,” which became an overnight hit, gaining over 15k Spotify streams in just the first week and premiered on SiriusXM The Highway.

She is also an aspiring actress, having appeared in the hit TV show, Parenthood, along with Good Girls Revolt, and USA’s reality show, Summer Camp. Erin has opened for some of the biggest names in country music, including A Thousand Horses, Big & Rich, Danielle Bradbery, Love & Theft and Russell Dickerson.

She has performed at numerous festivals including the Oakheart Country Music Festival, Paddy Fest, and Round Up Country Music Festival in CA, as well as performing at the Daytona 500, the Tampa Bay Rays Baseball Stadium, and the House of Blues. Whether she’s writing, performing, or acting, she feels most at home in front of a crowd or camera. With her powerful vocals, remarkable songwriting, and impressive acting, Erin Cosgrove is setting the bar high with the finish line nowhere in sight.