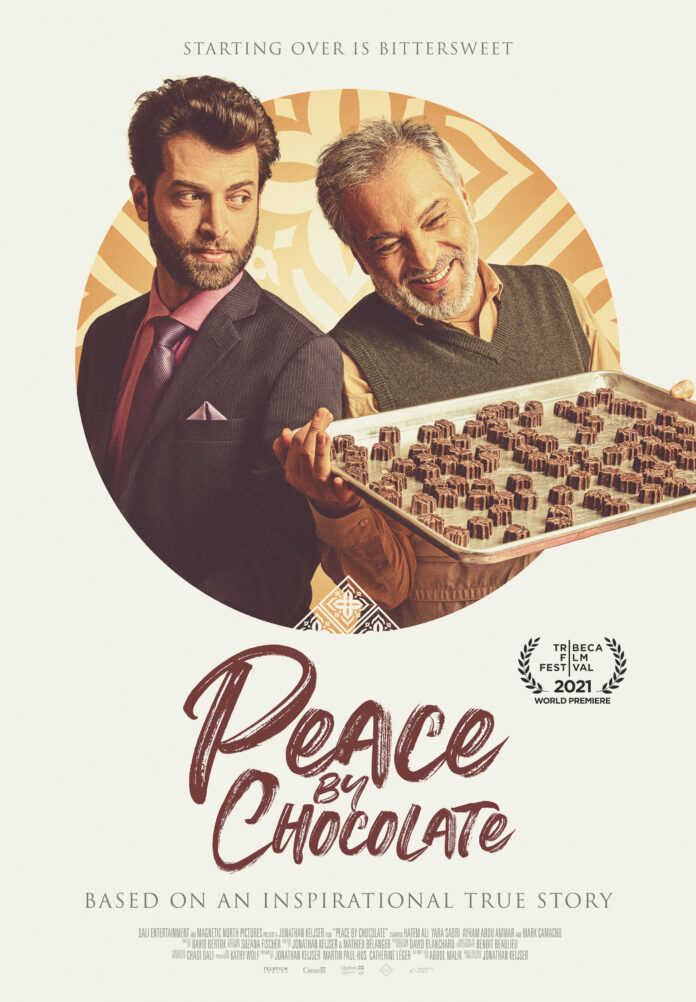 The Tribeca Film Festival 2021 exhibited a selection of stunning shorts and feature films throughout the month of June. These films have storylines that embody themes of triumph, accomplishment, and overcoming boundaries. Peace by Chocolate, a poignant work directed by Jonathan Keijser is a film worthy of attention from this festival. Peace is based on the real-life Syrian family, the Hadhads. They are refugees in Canada who are striving to recreate their previous lives in Syria. Their return to “normalcy” is, however, far more difficult than they anticipated.

The Hadhads previously ran a prosperous chocolate factory in their home city of Damascus, Syria. Issam Hadhad, played by the late Hatem Ali, was a proud owner and baker of chocolate decadents. The Hadhads fled their homeland due to a civil conflict and, thus, left behind the business. Tareq Hadhad, the son, leaves first and seeks safety in Antigonish, Canada. He resides with friends Frank and his wife. The friends help the Hadhad family keep afloat in their new community. Tareq aspires to finish his education and pursue a career in medicine. His goals are put on hold as his father reopens his chocolate shop and needs Tareq to co-run it. Tareq frequently fights back and forth with his father and tries to juggle both the business and his schooling. Conflict rages between self-desires and staying with family.

Some film highlights from the Tribeca Film Festival 2021

More trouble persists when Issam’s resurrected chocolate business threatens Kelly’s (played by Alika Autran) local chocolate bakery. Kelly wrecks the Hadhads’ tiny business by harassing them with food inspection visits and city ordinances requiring a permit. Kelly’s actions are discriminatory. Yet, they demonstrate the steps one may take if confronted with financial ruin as a result of a new competitor. Kelly’s business suffers after the Hadhads settle in Antigonish and begin making better chocolates than her.

More information on the Hadhad family’s Peace by Chocolate

Regardless, the Hadhads’ achievement demonstrates their determination and resilience in overcoming obstacles like discrimination and culture shock. The entire family immigrated to Canada by the middle of the film, despite the sister’s visa having been denied initially. Issam and Frank are separated by a language barrier but the power of friendship dismantles them. Issam has a heart attack, which forces him and Tareq to be there for each other for the meantime. By the end of Peace, the new-thriving chocolate business regains the same momentum and productivity once seen in Syria.

During the film credits, a montage of still images and videos depicts the real-life Hadhad family in their present status. Their chocolate business is still running but Tareq has not returned to school to pursue medicine. Nonetheless, “there is always time,” as the film asserts. Indeed, there is always time for one to restart their career or chances at life. Peace By Chocolate and the Hadhad family proves this to be true.

Upcoming films to watch in 2021 and the future, list of directors of color