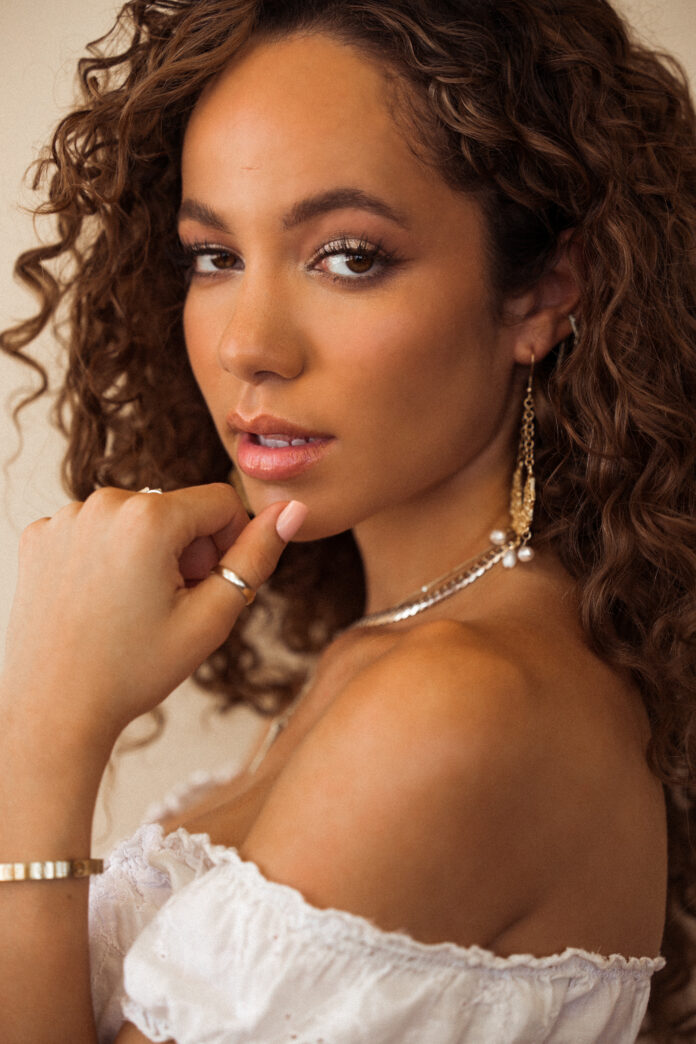 Lexie Stevenson, best known for her role as “Mattie Ashby” on the CBS award-winning drama The Young and the Restless, has known her love for acting since she was 5 years old. But, while her goals have always remained clear, her journey to the screen wasn’t without hardship. Lexie and her mother both have Endometriosis- a possibly life-threatening disorder in which abnormal tissue grows outside the uterus. After Lexie’s 4 year struggle without a diagnosis, she and her mother now sit on the board of the Endometriosis Foundation of America hoping to bring more awareness to the disorder.

Between acting and modeling, Lexie has never let her disorder slow down her career. Following her aspirations, Lexie deferred from Purchase College-SUNY after high school and moved to Los Angeles, where her resilience and flair landed her first role in just seven months. Her self submitted auditions led her to roles in dramas such as The Vampire Diaries and comfort favorites such as Alvin and the Chipmunks 4: Road Chip. Lexie’s hardworking attitude and fearless determination have also crowned her 1st runner-up in the Miss Maine Teen USA pageant in 2014 and 2015.

ENSPIRE talked to Lexie Stevenson about her journey as an actress and with Endometriosis.

What fostered your love of acting at such a young age? Did the arts surround you as a child?

It all started with my love for singing but growing up in Maine; there weren’t many opportunities to showcase that. When my parents were looking for environments to foster my love for music, they came across a New England Youth Theater musical theater company. After doing a few shows with them, I fell in love with acting and took every opportunity to get my hands on it.

What was it like to find out about your diagnosis? How did you cope with staring death in the face at such a young age?

Honestly, I wasn’t surprised when I got diagnosed with Endometriosis. I knew that something was wrong for a while, so if anything, I was relieved that we had finally figured out what was going on.

When they had told me I was lucky to still be alive, I felt grateful. I don’t know that I ever had to cope with it because I wasn’t aware that there was any threat until after I had the surgery and learned part of my intestine was removed due to my Endometriosis.

What are some things you wish people knew about Endometriosis?

I wish people knew about endometriosis because you are never too young to get checked for it. As long as you have started your period and have endo, always have an emergency endometriosis attack kit with you. Mine consists of heat packs, tea, and medication.

How do you plan to continue to use your growing platform to educate others on the disorder?

I plan to continue working with the Endometriosis Foundation of America to raise awareness and use my social media to help other people cope with the inevitable struggles that come with having Endometriosis.

What have been some defining roles of your career? Can you talk about what it was like to play Mattie on The Young and the Restless?

Playing Mattie on The Young and the Restless was such a gift. It helped me learn a lot about myself and the type of actress I wanted to be. Mattie is a very relatable character, so it was fun being someone that younger girls looked up to and could see pieces of themselves in.

What do you hope to do next in your acting career?

Act. I’m not sure what is next, but as long as it involves acting, then I’m all for it!

While already being a self-motivated teenager, Lexie’s disorder brought a sense of urgency and drive to her life. She continued to pressure her eagerness for the screen and discovered her passion for awareness. Now, Lexie continues to use her platform to share everything from pictures of her dog to the truth about Endometriosis and how it has altered her life and millions of others.