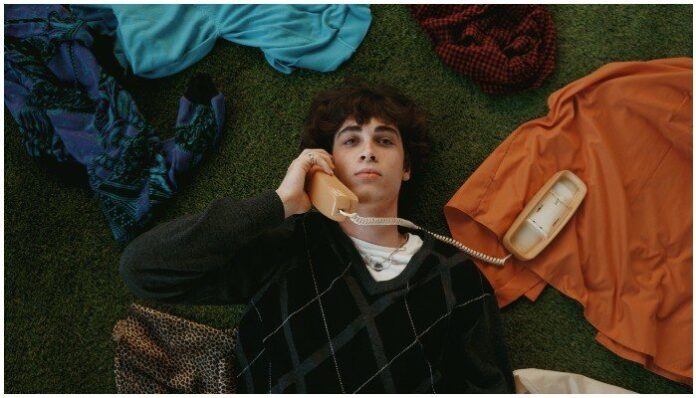 With the release of the official video for his song ‘More Than Friends,’ Aidan Bissett took the incredibly catchy bop back from 2020 and turned it into a veritable summer vibe. The video shows Bissett and his friends taking a trip to Tampa Beach on a breezy day, which can be viewed here. Although already an earworm of a song, the video pulls us in, even more, getting us invested in the lyrics and story of the piece.

The release of the video now is also a testament to the versatility of Bissett’s songwriting. While originally we might focus on some of the heartbreak in the song as the singer loses his chance to be more than friends, the music video allows us to bask a bit more in the fast-paced yet smooth melody of the song. This dynamic allows the song to fit that summer vibe while still having an underlying story that is a bit more melancholic than the typical summer song.

Bissett’s musical talents come from a lifetime of exposure to different types of music, resulting in his own immersion in the many different aspects of the music industry. When he was younger, he listened to many classic rock bands such as Led Zeppelin, leading him to pick up the electric guitar when he was only in the second grade. From there on, he began to be introduced to more and more indie influences, helping form the lighter indie-rock/indie-pop sound that is so noticeable in songs like ‘More Than Friends.’

Despite the pressures of teenage life, Bissett continued to pursue all facets of music, still developing his own sound while also teaching himself to produce his own music. It’s this dedication to his craft that enabled Bissett to be signed by Capitol Records when he was only 18, and it continues to show itself to this day as he prepares to release more and more songs this summer to a developing audience.

Overall, Aidan Bissett has managed to create some of the lightest songs during a period of stress and darkness. While each song has a story and depth beyond typical pop songs, Bissett captures the classic and indie rock influences of his past to create catchy songs that carry you along smoothly from beginning to end. Bissett’s songs are something in and of themselves that give us something to look forward to, but his story is also something we should find inspiration in. A young man who teaches himself the ins and outs of music production while using his musical talents to create some of the catchiest songs in a long time is no easy feat, but Aidan Bissett shows us it’s just another thing that’s more than possible.