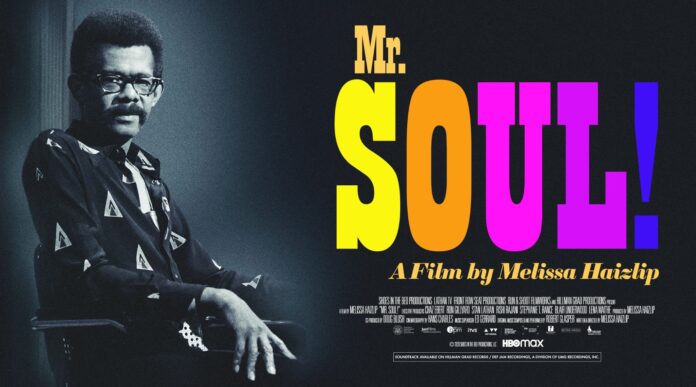 Mr. SOUL was before Oprah and Arsenio! Mr. SOUL!, a public television variety show hosted by the enigmatic Ellis Haizlip, provided an uncensored and uncompromising celebration of music, politics, dance, Black literature, and poetry from 1968 until 1973. SOUL! was the first national variety show to present a broader range of African Americans on television, turning the focus away from inner-city poverty and violence and toward the vibrant Black Arts Movement. Mr. SOUL! depicts a pivotal period in our nation’s cultural ascent, whose significance continues to echo across decades and cultures, thanks to participant recollections and a plethora of archive clips.

“Making the film helped us illuminate the groundbreaking cultural work of Ellis Haizlip, the man behind one of the most successful and socially significant, Black-produced television shows in U.S. history,” said director Melissa Haizlip. “We’re truly grateful for the opportunity to both introduce and reintroduce the SOUL! series, the music, and Ellis Haizlip to the world. ‘SOUL!’ is the greatest show you’ve ever heard of. And up until now, my uncle Ellis Haizlip has been a bit of an unsung hero. We’re beyond honored to have Mr. SOUL! premiere on HBO Max on August 1st. It’s both thrilling and historic for our film to be part of such dynamic programming, a platform making a commitment to amplifying diverse stories and voices, a mandate which we need now, more than ever. We hope our film and the music, artists, and creators it celebrates will help to center Black excellence and Black joy. It’s so exciting to see audiences discovering Ellis Haizlip as this hidden figure and unsung hero. Creating this love letter to Black culture helps to elevate all of the significant contributions African Americans and people of color have made to the culture and the nation.”

“After seeing Melissa’s doc, I knew I wanted everyone to see it. This documentary showcases one of our Queer icons who never received his just due. He put Black people center stage and didn’t care if it was a huge success. He just wanted to leave an impact, and that he did,” says Lena Waithe.

Hillman Grad Records / Def Jam Recordings, a part of UMG Recordings, Inc., will release the highly anticipated Mr. SOUL! soundtrack. “Show Me Your Soul,” performed by Lalah Hathaway and written by Robert Glasper, Lalah Hathaway, Muhammad Ayers, and Melissa Haizlip, will be the first single from the soundtrack.

The trailer for Mr. Soul is available for viewing HERE. Mr. SOUL! will premiere on HBO Max on August 1, 2021

For more information on Mr. SOUL!, you can visit their website or social media listed below.

Kellie Shanygne Williams Is Thrilled To Be A Part of “A...