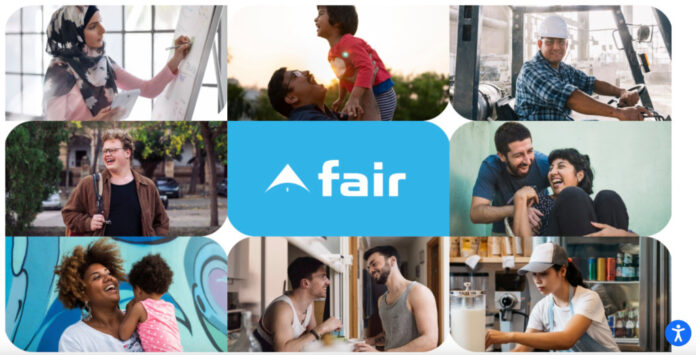 Traditional banking is already difficult to understand or access for the native American, with hidden fees, complicated loans, and confusing interest rates leaving the average individual confused and often in the hands of a frequently exploitative system. This process becomes even more dangerous and inaccessible for immigrants, whether its linguistic barriers or issues such as lack of significant credit history. CEO Khalid Parekh banded together with 250 other immigrants to help create Fair Bank, an alternative to traditional banking that prides itself on its accessibility and ethical practices.

Fair Bank has adopted several practices to make it more accessible to immigrants and other underserved communities who traditionally have difficulty gaining access to equitable treatment in the banking system. For immigrants who often struggle with issues such as having little access to credit, the benefits of having access to no-interest loans can be huge for finding financial security. The ability to send money to families overseas without fees combined with advice on investing money and transparent banking makes for a comprehensive system that is much more understandable and accessible than other outdated forms of banking. All these advantages are crucial to enabling immigrants to succeed and flourish as they build new lives instead of allowing them to be exploited by the current system.

In many ways Fair came about from Khalid Parekh’s own experience as an immigrant, as he came to America with just one hundred dollars in his pocket, making the difficulties and intricacies of the immigrant experience well known to him. Though he had previous education and training, his first job was at a gas station, which enabled him to see the difficulties that a lot of immigrants continue to face today. As Mr. Parekh points out, rarely do immigrants to America come from backgrounds of wealth, but instead come from more troubled pasts, whether it be financially, emotionally, or from many other places of difficulty. Instead, immigration to America enables a sort of a fresh start in which they can escape some of these difficulties and start a new life while often sending money home to family from the countries they originally immigrated from. However, as immigrants begin to work with banks, we can see several of the issues in the current banking system being exposed that make the immigrant experience that much more difficult.

What many of these issues regarding banking for immigrants and underserved communities stem from comes from the wealth gap, where a more wealthy individual will go to the private client section and get special treatment from the bank because of the assets they possess. However, as we can see with Mr. Parekh’s own experience, trying to open a bank account and get the same treatment and attention when one only possesses about a hundred dollars is practically impossible, making it incredibly difficult for immigrants to learn about some intricacies or tactics such as hidden fees of the American banking system.

Fair seeks to address this issue and make itself a pro-consumer bank by essentially treating all its clients equally, which upends the current system. Again, looking at the current system, the wealthy individual gets a lot of personal attention as their money is often then used by the bank to invest and make more money, but Fair still needs to make enough money to survive without simply focusing on these large clients. The solution to this issue was a pro-consumer subscription-based financial institution, which Mr. Parekh compares to Costco as a simple analogy. Everyone pays a certain subscription to be part of Fair, and thus is treated equally and has the same services available to them, regardless of whether they are an incredibly wealthy individual or an immigrant with fifty dollars. This way everyone can have access to the same quality of financial service regardless of their own financial background, something which is incredibly important for things such as financial literacy and fair treatment.

Not only does Fair seek to treat all its clients equally, but it additionally utilizes several programs to increase the smoothness of the banking experience for clients as well as even provide opportunities for clients. For example, if one opens up a bank account and uses direct deposit, one can get their money up to two days in advance. Secondly, all banking can be done through Fair, including over-the-counter transactions. Essentially, with over-the-counter transactions, members of Fair can go to any big bank with their Fair card and request a certain amount of money in cash, and the bank is required by law to give them that money; this gives the client immediate access to any funds they may need, and Fair itself, not the client, helps pay the processing fee.

Part of the third service that Fair helps its customers with comes from a scenario that Mr. Parekh witnessed at a Texas Construction company and is reflected in many other businesses. Essentially, workers would be given a four hundred dollar check for their work at the end of each week, at which point they would cash the check and receive a processing fee. After this, many of these workers would send about half of their money back to their family abroad, resulting in another fee. After all these fees, the workers have already lost about 5% of the money they’ve made before they can even spend it. However, Fair gives clients the ability to transfer money back to their family from whatever country they may be from at the highest currency rate with no additional fee, which is obviously essential for these immigrant families and helps eliminate this 5% fee.

One of the final issues that Fair has worked to solve is lending and with it housing for immigrants, an essential part of the American Dream. There are many immigrants and other underserved communities that work steady jobs and have solid income streams, but because of paying rent and other costs, it’s simply impossible for them to save 20% for a reasonable down payment on a house. Fair helped solve this issue with Fair lending, which is instead equity-based and helps give down payment assistance to clients with no interest. Another extremely important detail is, as mentioned above, that this program is equity-based, which distinguishes it from normal mortgages where if someone were to, unfortunately, lose their job and become unable to pay, the bank would simply foreclose on the house and the owner would lose everything they had accumulated over the past years they had been living there. However, with the Fair equity system, the new homeowner and Fair combine to form an LLC where they pool their money to buy the house, and as the homeowner slowly makes payments, they’re actually instead buying a larger and larger stake in the house until they fully own it. What this means with a foreclosure is that, unlike the typical investment where every penny that was invested is now lost, the homeowner in the equity system actually has a stake in the house and thus can get some of the money they invested in the house over the years back when the house is sold. All of this increases access to homeownership immensely across all kinds of communities that before were often forced into difficult cycles of renting, making it a revolutionary system that benefits anyone looking to become a homeowner.

Fair additionally has programs that, using Artificial Intelligence and Machine Learning Technology, work to aid clients in investment and retirement goals. With these programs, Mr. Parekh hopes to make Fair a company that can have someone start their financial journey with them from a young age and have a reliable financial and banking partner that can guide them all the way to retirement. Fair does not leverage its customers’ deposits to make money but instead works mostly with the subscription fees to stay in business, making sure that the bank is again one where all clients are treated equally. With other big banks, it is the people who are generally the most impoverished who are subject to the most fees, whether it’s certain hidden fees or overdraft fees, creating a vicious cycle where the bank essentially kicks someone while they are down and prevents them from ever moving into a place of financial security. Fair gets rid of these predatory fees and focuses on its communal subscription-based service to make sure people are treated comfortably and understand the financial options available to them.

You may wonder how Fair can overcome the enormous and predatory presence of big banks as they are now, which Mr. Parekh would answer with the phrase that competition breeds innovation. With Fair and all the benefits that a subscription-based model of banking provides, big banks inevitably will have to adapt to the new systems that Fair provides if they want to stay competitive in the marketplace. This means that not only is Fair providing a wonderful service but it can also become a turning point in the banking and finance industry where larger banks are forced to become pro-consumer in the same manner that Fair is, and thus we can all expect more accessible, better, and fairer treatment when we all go to the bank.

Fair Bank’s mission of creating a more accessible and equitable form of banking is both admirable and successful. As CEO Khalid Parekh pointed out, ninety percent of their investors were either immigrants or minorities who simply believed in the concept of Fair and used the transparent and ethical structure of Fair to help improve their lives. Fair Bank’s dedication to its mission leads them to use Socially Responsible Investing, or SRI, which is an approach to investing that avoids companies that are deemed to have a negative social impact. Fair Bank not only ensures ethical investing, but they even work to donate 2.5% of profits to refugee missions globally. Fair Bank’s dedication to both providing access to transparent banking to local communities and its charity work globally makes it a model company for all as it attempts to help the underserved, and hopefully, the competition it provides will move the entire banking industry in a pro-consumer direction.

You can find more information about Fair on their website.

Watchen Nyanue Presents The Climb Summit- ‘Not A Trend But A...