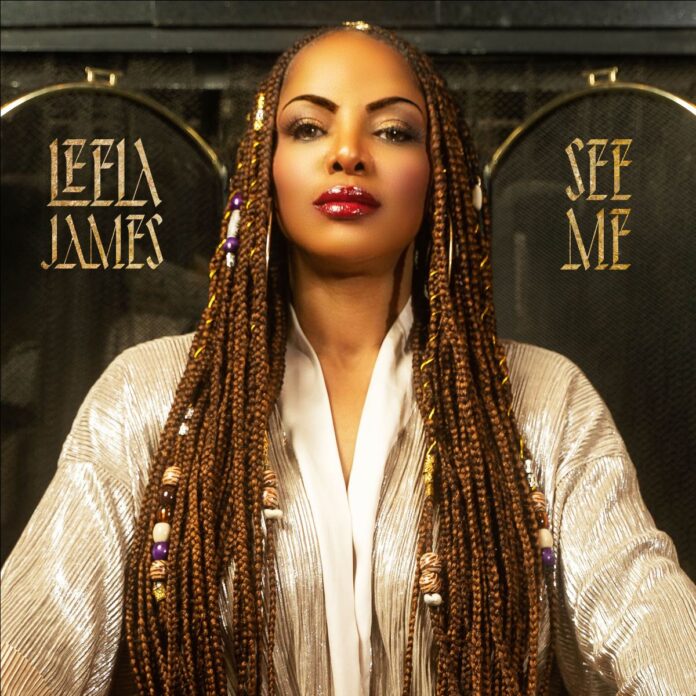 Leela James is becoming an unstoppable force in the music industry. Her raw vocal talent combines with her nuanced and emotional lyrics to create songs that speak to a wide variety of people. Her most recent lyrical tour de force comes from the release of her new album SEE ME on July 30th via distributor BMG, and it has quickly soared to great success.

The lead track, “Complicated,” has charted at #5 on both the Billboard and Mediabase R&B Airplay Charts, demonstrating that she has both come to stay and slay. The addictive track, written and produced by James and longtime collaborator Rex Rideout, has received airplay in major markets across the country, including New York, Los Angeles, Chicago, New Orleans, Nashville, Detroit, Denver, and others, again demonstrating the broad appeal of her raw style.

Much of the album’s success lies in the great storytelling of each song, with a strong focus being on the complexity of love. The exploration of this topic allows for the genuine and passionate voice of Leela James to shine through on each track on See Me, especially ones like Complicated. Leela James is equally successful in her collaborations on her album, with great artists like singer/rapper Mumu Fresh adding even more spice to the already explosive tracks and fantastic songwriting and production by figures like Rex Rideout and Jairus “JMo” Mozee. With all this talent combined with Leela James’ own great abilities, it’s no surprise that ‘SEE ME’ has already proven to be more than a worthwhile follow-up to her commercially successful sixth studio album, Did It For Love.

Even with the great success of Complicated and See Me, Leela James still has more to say, and she’s already back in the studio creating new singles and hits for fans. Most recently, she released another video off the album, “You’re The One,” and the wonderful piece alongside the video directed by J Lary will be sure to excite everyone who wants a new summer song to jam to.