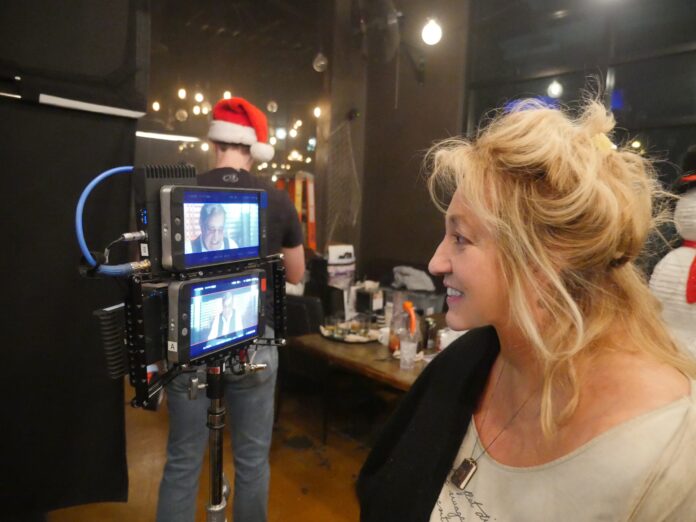 If you want to find someone who knows all the ins and outs of show business, look at Michelle Danner and her list of accomplishments. Recognized as a successful performer, acting coach and teacher, entrepreneur, filmmaker, and stage director, Michelle Danner has had experience in almost every area of show business. She’s continued to teach, create new award-winning films, all while taking care of her family, including one son who is currently following in her footsteps as a filmmaker. If there’s one thing Ms. Danner can’t do, it’s slow down; her latest film “Bad Impulse” was recently released, winning the Best Narrative Feature at the 2019 International Independent Film Awards and the Best Director Award at the 2019 Culver City Film Festival.

She’s continued to work, with her upcoming film “The Runner”, which was filmed before the pandemic started, set to premiere internationally at the Ferrara International Film Festival. She’s continued to teach during this time, as she oversees the faculty of the Los Angeles Acting Conservatory as well as conducts a weekly acting class. With Michelle Danner’s extreme dedication to her craft and the diverse approaches she takes to it, it’s no surprise she’s as successful as she is.

ENSPIRE spoke with Ms. Danner about her experience in the industry, tips for those interested in a similar path, and many other things.

If you had any advice for younger people that are coming up in the Movie/Art’s industry what would it be?

My advice for aspiring filmmakers, artists, and actors is to study and gain as much knowledge as possible. The more knowledge you have, the more clarity it gives you, and the more clarity you have, the more confidence you get. Read essential books, watch classic movies and great TV shows, take classes, write creatively, have engaged conversations with people, and if you can, try to travel and experience the world firsthand.

Growing up in a show-business family, would you say that you had any advantages to being as successful as you are today?

The only advantage that I ever had from growing up in showbiz was being able to hear stories about the successes and failures of people working in the industry. I noticed that everyone, especially the ones with long and prosperous careers, all had a commonality: their impeccable work ethic. Even if you’re born into a family that’s in the business and you have connections, you still need to have the talent and drive because without it you’ll only go so far. Hard work matters, and it’s the same for everyone.

Would you say that there were any disadvantages working in your field? If so, why?

In my field, you don’t know where your next job is coming from. You don’t know what you will do 6 months from now. By embracing that uncertainty, what comes with it is an adventure. From one moment to the next, the phone could ring and your whole life could change. You have to be okay with riding that roller coaster of life.

Was working in the Movie/Art’s Industry always your dream or did you have other passions?

I knew from a very young age I wanted to act, direct, and make movies. I am thankful for how clear it was to me because I never questioned it and never derailed from that path. I always knew what I wanted to put up on my vision board and how to make it a reality. Having said that, my first passion will always be my family and my kids. Without that, creativity would not mean as much.

And last, are you happy that your son is following in your footsteps or would you have preferred him to do something different?

I am thrilled that my son wants to write and make movies. Like me, he knew it from a very young age. He grew up on movie sets and backstage in theaters. Every time I did a show, he came to watch it repeatedly to where he could recite every line of dialogue. I’ve seen him grow as an artist and nurture his passion in a way that reminds me of my own but exceeds it, and that’s what every generation does: raise the bar from the last one.

Overall, Michelle Danner continues to be one of the most well-rounded and successful individuals in show-business, whether it’s her own experiences performing, her filmmaking, teaching, or even her directing for the stage. During her time as an acting coach, she’s had students such as Christian Slater, Salma Hayek, Gerard Butler, Penelope Cruz, and many others, and her unique “Golden Box” approach to teaching acting has obviously enjoyed great success. Even with these achievements, Michelle Danner continues to push herself, working recently to help direct Bonnie Culver’s one-person play, “Norris”, starring Anne Archer. Ms. Danner’s success in such a wide variety of categories is already inspirational enough and her work should be analyzed by any of those interested in the industry, but her widespread success is also incredibly important in how it continues to pave the way for future female filmmakers, stage directors, and all the other amazing roles Ms. Danner has occupied throughout her career.