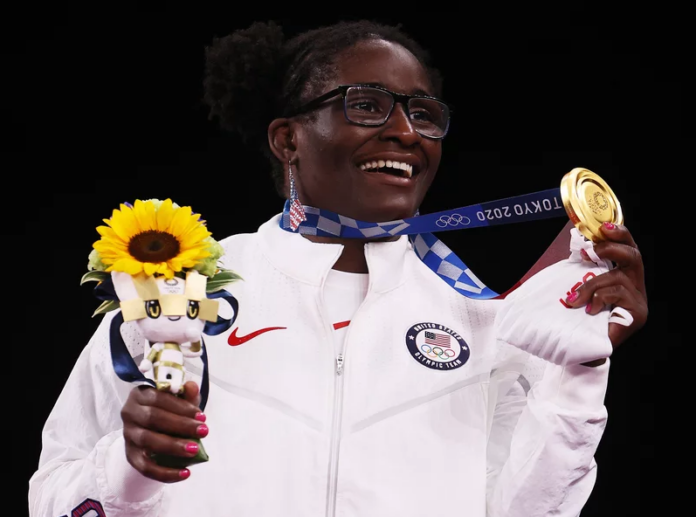 During the Tokyo Olympics, Tamyra Mensah-Stock won the women’s 68-kilogram freestyle final for the US team, becoming the first Black woman to win an Olympic gold medal in wrestling. She is also the second American woman to win gold in women’s wrestling since the sport was introduced at the 2004 Summer Olympics.

She started up wrestling after being bullied by teammates on her high school track and field team. She was born in Chicago and raised in the Houston area. Unfortunately, her father died in a vehicle accident on the way home from one of her high school competitions, and she was on the verge of leaving the sport. However, she did not quit and has become one of the most successful women in her field.

Tamyra Mensah-Stock not only won the gold, but she also made history. And she appreciates the opportunity to be an inspiration. Tamyra is an inspiration for all women and Black women who may feel underrepresented in the Olympics. She states that “These young women are going to see themselves in several ways, and they’re gonna look up there and go; I can do that ’cause I can see myself.”