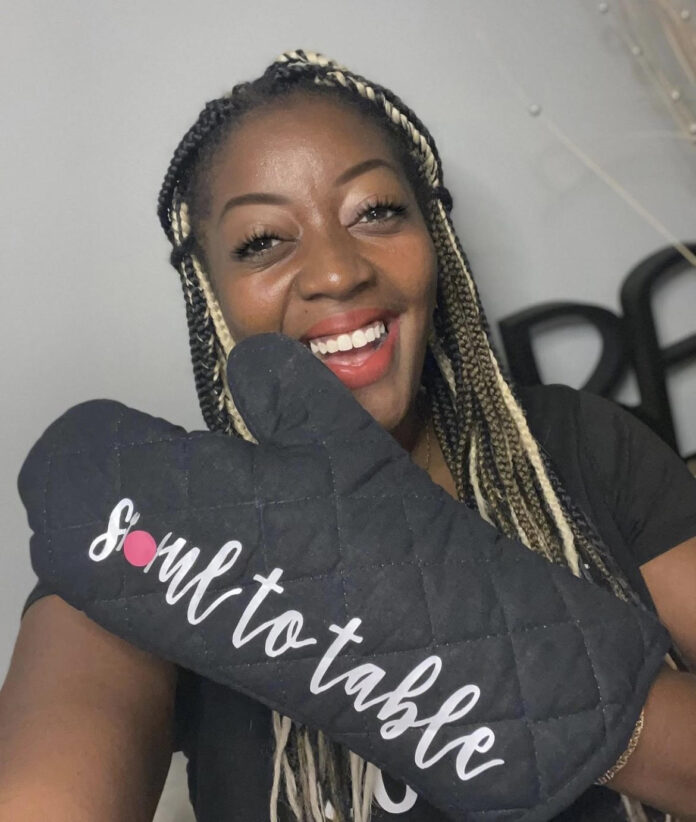 Shaquin Thomas, owner of Soul to Table Catering since 2018, has been doing incredible things with her business. Based in Atlanta, Georgia, she sells everything from seven-dollar plates to seasoning blends and cookbooks. But, lately, Thomas has wanted to change around her business. So, with some self-reflection, she was able to create her catering business in the first place.

In 2017, Shaquin Thomas’ life had been leading a normal life. She had an accounting job and was doing catering jobs as a side job with her father. Thomas would describe her relationship with her father as healthy, and she considered him her best friend. They used to spend time together playing cards, watching football, and would talk on the phone daily. However, on March 6th, 2017, Thomas’ father was diagnosed with stage 4 lung cancer, which led her to take him into her home and leave her job. Her accounting job eventually let her go as her father’s health continued to decline. One morning, she noticed her father passed and called a hospice nurse, who informed her that the hearing was the last thing to go. She took that chance and told her father she would keep her promise of creating a successful catering business.

On April 23rd, 2017, at 10:32 am, Thomas’ father passed away almost two months since his diagnosis. She started the news with her immediate family and began preparing a meal for two hundred people for a wedding event. As she cooked, her family came over to help and comforted her. “I felt like he gave his life in exchange for my dreams.” First, Thomas spent her savings on the costs of her father’s funeral. Then, while comforting herself with window shopping, she visits the Blessing Thrift Store, and an employee offers her to deliver lunch to them until she goes back to work. The next day, she sold her first seven-dollar plate, and her business began there.

As of now, Shaquin Thomas is a full-time personal chef and serves cuisines from around the globe. However, to keep her father’s legacy alive, she decided to give back to her community. Shaquin describes her father as having a heart of gold, and he would give to anyone in need. Due to seeing her father do that, she decided to do the same and cook and provide meals for veterans, the homeless, police officers, and firefighters. Whenever someone needed something in her community, whether it was delivering hygiene kits or helping someone pay their bills, Thomas was always there to lend a hand. Shaquin Thomas continues to live up to her promise to her father; she hopes to motivate other people. “I aspire to be an inspiration to those ready to give up on their dreams.” Thomas is an example of how someone can take a bad situation and improve their life.

To learn more about Shaquin Thomas catering service, check out her site here.

Subscribe to the ENSPIRE Magazine Newsletter to get updates on the latest Entertainment and Community news.