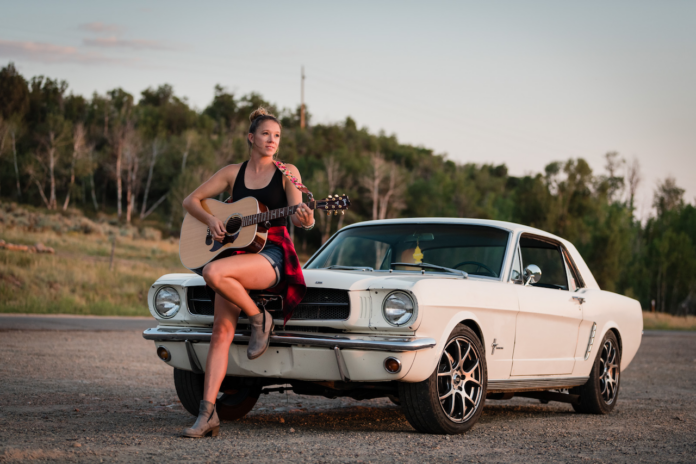 Alicia Stockman has had a deep love and connection with music from an early age, and it has formed a lot of who she is today. As a Utah-based folk/American singer-songwriter, Alicia Stockman strives to write and perform songs that speak to the relatable everyday vulnerability and emotional struggles that we all face. As she has grown as a musical artist, her style has evolved, culminating in the bittersweet nostalgic moments she describes profoundly and intensely.

Though she got her to start performing in rock-and-roll bands in dives and bars, belting out requested classics, she used that time to hone her musical abilities slowly and has spent the past three years working on her debut album, “These Four Walls,” which is set for release November 2021. It shows Alicia Stockman’s transition from a rock-and-roll performer to an artist more involved with folk and Americana music, something that enables the album to deeply explore more significant emotional themes and some of Stockman’s personal experiences.

Alicia Stockman has always been inspired by powerhouse songwriters, notably Patty Griffin, Brandi Carlile, and Jewel. This talent for carving out the emotional realities in the day-to-day that we all experience led to Alicia Stockman’s collaboration with “Nashville’s Americana Queen” Mary Bragg, who has helped Stockman with her debut album and produced her single, “Halfway to Houston.” “Halfway to Houston” is in part inspired by Stockman’s own experiences, with her describing the process as, “I wrote the chorus of this song while hiking a trail network near my house. It was a healthy way to process the end of this relationship while my ex-partner moved out of the house.” With its smooth vocals and melancholy-infused lyrics, the song does an excellent job of capturing that break-up feeling that we all know too well but does so in a way that lets us process that melancholy properly.

Two more notable tracks in the album are “Stay Between the Lines” and “These Four Walls.” “Stay Between the Lines” contains a unique wild west twang different from some of the other more melancholia-infused tracks, making it stand out a bit as it speaks to how we deal with our own personal boundaries and limits while still trying to make life thrilling. “These Four Walls” returns to the rich content Stockman can gracefully deal with, with Stockman talking about its source, saying that, “I wrote ‘These Four Walls’ to help me process a former relationship in which my partner had severe depression/anxiety disorder. This song was my way of unpacking all that and finding a way back to myself.” Here Alicia Stockman can open herself up to the audience on a sensitive issue. Still, her delicate touch and thoughtful lyrics make it easy to relate or empathize, making the song even more powerful.

Alicia Stockman’s talent has already been recognized by many groups, having received accolades from several performing songwriter competitions, including Songwriter Serenade, Tucson Folk Festival, Suzanne Millsaps Songwriter Competition, and the Wildflower! Arts and Music Festival. However, these awards are just the reflection of someone with enough talent and passion for tackling fundamental issues such as depression and anxiety, which she accomplishes in “These Four Walls,” among other pieces. She’s a unique musician who’s able to draw you in with her charming vocals and then deliver a gut-punch of emotion with her finely crafted songs. Be sure to look out for “These Four Walls” when it releases this November.

Watch Alicia Witt in The Disappearance of Cari Farver