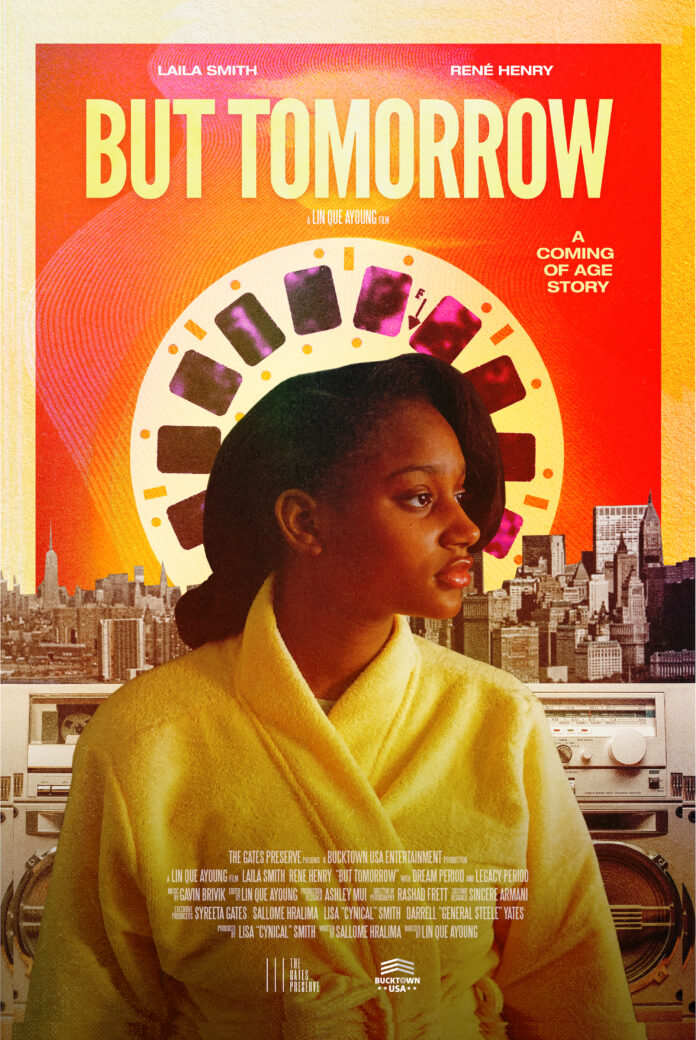 The Gates Preserve and Bucktown USA Entertainment recently premiered “But Tomorrow” at the 25th Annual Urbanworld Film Festival. Written by a Black screenwriter, the short film centers a Black protagonist, 14-year-old Crystal, who enrolls in a white Manhattan high school but whose “eagerness to make an impression has unwanted repercussions.”

“I chose to direct this film because I wanted to seize the opportunity to be a part of the much-needed healing within my community,” director Lin Que Ayoung said. “Through the eyes of a 14-year-old Black girl, the viewers can identify with the way [Black women] are influenced by society’s xenophobic beauty standards.”

ENSPIRE spoke with Sallomé Hralima, who wrote “But Tomorrow”, about writing from the perspective of a 14-year-old Black girl and what makes a good story.

What was it like to write so closely about a 14-year-old girl as an adult? Did you find that challenging at all?

I wrote a story that centers on our 14-year-old protagonist Crystal because the 80s portrayed on film seldom puts a Black girl at the center. While I was not a teenager growing up in Brooklyn then, when I was her age, I was reading Toni Morrison. The way I looked at the world and my place in it changed after “The Bluest Eye”. Remembering the uncertainty of puberty and all the emotions that come with that, while remembering Toni Morrison as if she were a voice, made writing Crystal a humbling and empowering experience.

Which scenes were the most fun to write?

I like to write who people are when no one is looking. In those moments, we get to see people trying hard, wanting better, doing their best, developing their own voices, making mistakes. How do we get to be when no one is watching? And is that real or performance—or somewhere in between? Or both at different moments? It’s both admirable and scary to watch the behaviors of a teenage girl, in this case, Crystal when she’s away from prying eyes.

Is But Tomorrow based on a true story? What inspired this film?

“But Tomorrow” is based on a question I had after reading a true story in the August 1998 issue of Essence Magazine about a young woman that joined a crew known as the Decepticons. I wanted to understand what would drive a young woman to violence. I wanted to show that, behind the stone-faced Brooklyn woman you may encounter today, are joys and pains, beauty and ugliness, innocence and maturity. A pubescent girl with one foot in the Black Power movement and another in hip hop. Toggling between Bruce Lee and Bruce Leroy. Influenced by Reagan and Alpo. Little girls grew up in all of that, too.

What makes a great story for you?

A great story is one that haunts me. It’s one that makes me want to do Google searches and nerd out on some small or big element in the story. In great storytelling, I cry with characters, laugh with them, get annoyed by them. Great stories surprise me, suspend time, and suspend belief. I think what it all boils down to for me is, the greatest stories bring us back to our humanity.

Hralima also wrote “Through the Wire”, which premiered at Urbanworld Film Festival in 2020.

Watch the trailer for “But Tomorrow” here.

Black talent is seriously underrepresented in the film industry, according to a study by McKinsey & Company. “Fewer Black-led stories get told, and when they are, these projects have been consistently underfunded and undervalued…,” the study’s authors wrote. Multi-media companies The Gates Preserve and Bucktown USA Entertainment, since their founding, have been committed to diversity both on-screen and off-screen.