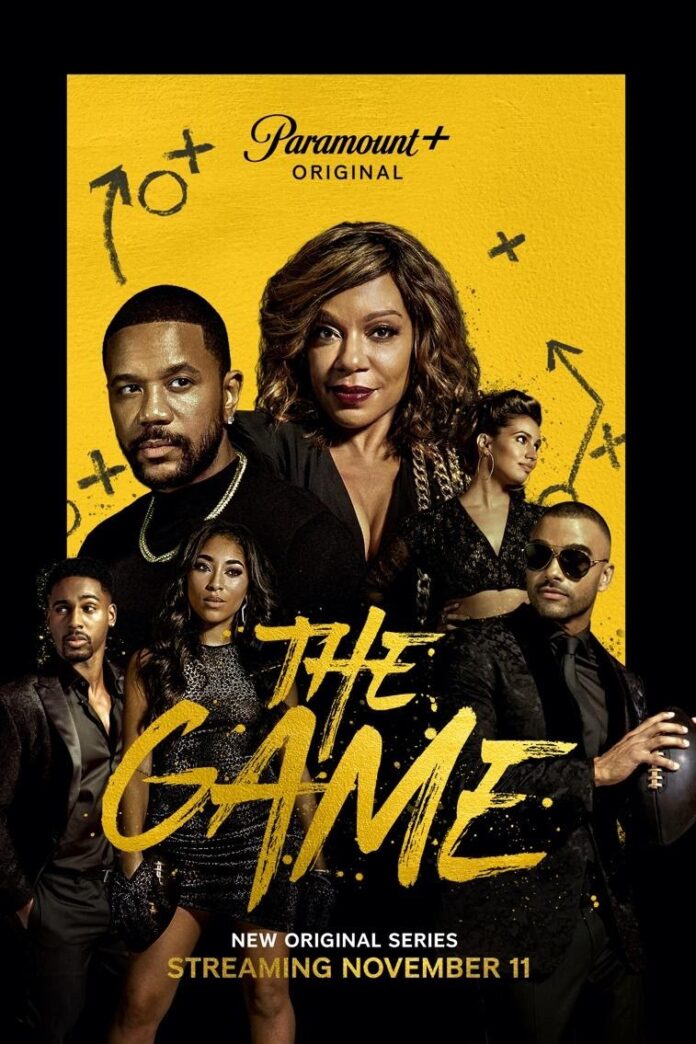 THE GAME is back! Paramount+, the streaming service from ViacomCBS, released the official trailer and key art for its upcoming revival of the groundbreaking series THE GAME, debuting with a two-part premiere episode on Thursday, Nov. 11. The first season will appear weekly on Thursdays, with ten episodes exclusively on Paramount+.

Relocating from San Diego to Sin City, THE GAME returns with a mix of new players and original cast to offer a modern-day examination of Black culture through the prism of pro football. The team will tackle racism, sexism, classism, and more as they fight for fame, fortune, respect, and love – all while trying to maintain their souls as they each play THE GAME.

All nine seasons of THE GAME, which originally aired on The CW then BET, are also available to binge on Paramount+. The series will be distributed internationally by ViacomCBS Global Distribution Group.

Paramount+, a direct-to-consumer digital subscription video-on-demand, and live streaming service from ViacomCBS, combine live sports, breaking news, and a mountain of entertainment. The premium streaming service features an expansive library of original series, hit shows, and popular movies across every genre from world-renowned brands and production studios, including BET, CBS, Comedy Central, MTV, Nickelodeon, Paramount Pictures, and the Smithsonian Channel. The service is also the streaming home to unmatched sports programming, including every CBS Sports event, from golf to football to basketball and more, plus exclusive streaming rights for significant sports properties, including some of the world’s biggest and most popular soccer leagues. Paramount+ also enables subscribers to stream local CBS stations live across the U.S. in addition to the ability to stream ViacomCBS Streaming’s other live channels: CBSN for 24/7 news, CBS Sports HQ for sports news and analysis, and ET Live for entertainment coverage.

CBS Studios is one of the industry’s leading programming suppliers with more than 70 series currently in production across broadcast and cable networks, streaming services, and other emerging platforms. The Studio’s expansive portfolio spans a diverse slate of commercially successful and critically acclaimed scripted programming, genre-defining franchises including the ever-growing “Star Trek” universe, award-winning late-night and daytime talk shows, and extensive library of iconic intellectual property.

Check it out here: https://www.youtube.com/watch?v=R1HaA2xjp9Y

Get a copy of the ‘Be Well’ Issue on MagCloud