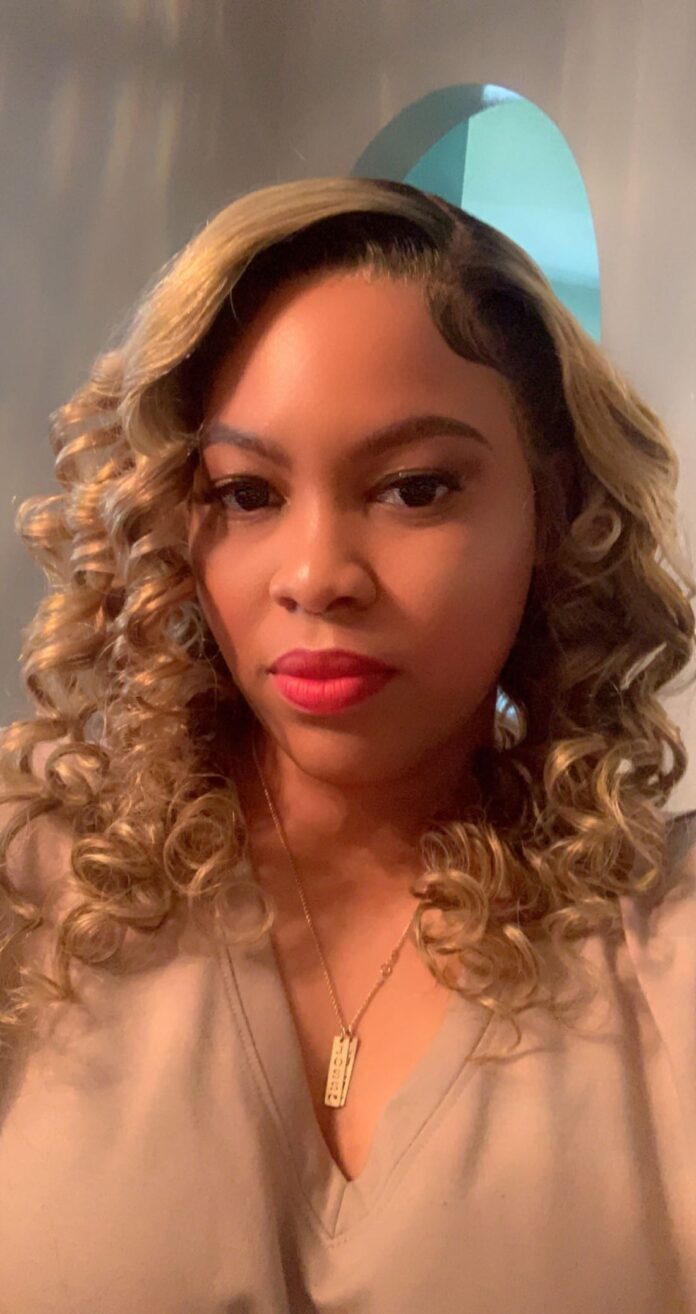 A Floridian teacher is soon to make headlines as a new novelist. Janesha Forrester-Taylor is an award-winning elementary school teacher who recently published her debut novel, “The Cycle Between Us.” The novel is about three different generational Haitian women who face constant obstacles that correlate to either maintaining or eradicating generational curses. The story begins with the character Hope in Haiti during the Baby Boom generation. Readers can purchase the book here on Amazon.

“The Cycle Between Us” is based on Janesha’s own Jamaican upbringing. Although Janesha does not identify as Haitian, she finds the two Afro-Caribbean cultures similar. “I am not specifically of Haitian descent, but my family is from Jamaica, so I understand the Caribbean lifestyle and background, which shaped much of my upbringing,” Janesha began. “My family was strict but also very conservative in beliefs, which is why I believe I am more introverted. However, my husband is Haitian, and being around him and his family, I have been more exposed to the Haitian culture and also see much correlation between the two.”

“The Cycle Between Us” is a novel that most women can relate to. Even Janesha relates to it personally. “The characters are based on real-life experiences that women in my life and those that I have encountered have been through, so that inspired the characters and their stories in my book,” the award-winning teacher said. “I… recognize… the experiences that I have seen Caribbean women face.”

Janesha formatted the novel in three parts beginning with Hope, Faith, then Grace. These three women share the same lineage and tell their stories in first-person perspective.

“Hope begins as a first-gen woman as a native in Haiti. Her parents could move her to the United States when she found out she was pregnant at the young age of 14. From there, the generational curses begin as Hope has to navigate life in this new environment without the guidance of her parents. [This] births a repeating cycle of looking for love in the wrong places. Throughout the book, we see how the characters develop throughout their personal journeys,” Janesha explained.

Janesha believes this novel can relate to all women regardless of their background. “I believe all women have a story of being young, naïve, or trying to grow through life with a child at a young age,” she argued. “The women in ‘The Cycle Between Us’ face a lot of challenging obstacles but [do] the best they [can] with the cards they were dealt with. No, it wasn’t always perfect, and they often had to learn the hard way from their mistakes, but all women can relate to that.

“The overall takeaway from the story is to know that there are other women who go through those same hardships. Sometimes even worse than your own. But they were still able to find the light at the end of their tunnel. They are continuing to grow and heal as women and do not let the odds defeat them. All women can apply that to themselves.”

In regards to the cultural representation(s) in the novel, Janesha expresses a different sentiment. “Due to my upbringing in the Caribbean background, and being married to my husband…inspired the use of the Haitian and Jamaican culture,” the teacher-author confirmed. “In [those] culture[s], we see that parents often fail to educate their children in regards to sensitive topics such as sex. Islander parents are more strict and use harsher punishments on their children rather than communicating. Addressing the issues in their approach in parenting styles and lack of communication is definitely a good starting point, in my opinion, to dismantle the toxicity among the culture. Healing starts with self. I believe that you have to be willing to let go, move forward with a new mindset, and forgive our parents for what they did not know or were not aware of.”

Janesha practices breaking generational family curses herself. Her techniques help stress the importance of stabilizing healthier conversations between kids and parents. “I practice breaking those cycles myself by communicating with my children and building that bond with them,” she stated. “Having the ‘uncomfortable’ talks but also providing a safe space where they know they can come to me.”

For parents to build a healthier bond with kids, Janesha advises setting aside more free time. “Making time for your kids and showing them that they are important and you care, setting aside undivided time to hang out with them, or talking about things they are interested in as far as school and goals, helps build the relationship,” she said.

Janesha was born and raised in Orlando, F.L., and resides there with her husband and two kids. Her passion and career are in teaching. Janesha received and won an award in merits and overall performance for childhood education. She has been teaching for seven years. In the future, Janesha would like to publish a children’s book with her own kids. She also partakes in humanitarian efforts. “I do engage in personal aid and activism to those who have been affected by the conditions faced in Haiti during these trying times,” Janesha mentioned.

ENSPIRE congratulates teacher and author Janesha Forrester-Taylor in publishing her very first novel. Janesha hopes to encourage other women to break toxic cycles and generational family curses. She hopes to encourage and inspire others in all aspects.

Get Your Copy of ENSPIRE’s Be Well Issue 2021 Here

Subscribe to the ENSPIRE Magazine Newsletter to get updates on the latest Entertainment and Community News.

Alyssa Naeher Saves the Day and Puts the US Women’s National...