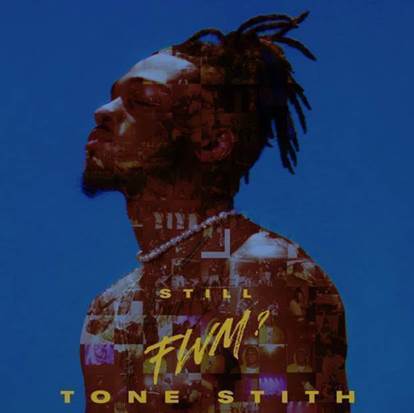 Tone Stith, an R&B singer, songwriter, producer, and multi-instrumentalist, has released his new EP Still FWM. This new album includes the Chris Brown-assisted “Do I Ever,” as well as his recent songs “Something In The Water” with Maeta and “I Don’t Wanna.” Tone Stith is presently on tour, which began on September 19th with H.E.R.’s Lights On Festival. Tone is closing up an incredible year by taking over stages around the country, from headlining gigs in Los Angeles and New York to supporting H.E.R. on her Back of My Mind Tour.

This forthcoming EP is a follow-up from Tone’s previous nine-track project, FWM, released in June. FWM displayed his smooth vocals and honest lyrics while immersing you in the world of R&B with hints of pop and hip-hop. Still FWM is a continuation of that and cements Tone Stith’s status as a quadruple-threat in the entertainment industry.

Tone Stith does not disappoint with his music. Widely known for his co-writing of two songs, “Make Love” and “Liquor,” for Chris Brown’s Royalty, he has a history of making Not only can he play various instruments such as drums, piano, and guitar, but as a songwriter, Tone has penned numerous chart-topping hits, including Chris Brown’s “Liquor,” “Make Love,” and “Undecided.” Although he has many accolades collaborating with others, Stith’s solo music allows him to shine the brightest with his incomparable falsetto and raw talent. Tone Stith is currently on tour and can be seen in the select cities listed below.

Check out Still FWM and stay tuned for more from the artist coming soon.

Subscribe to the ENSPIRE Magazine Newsletter for the latest Entertainment and Community News.