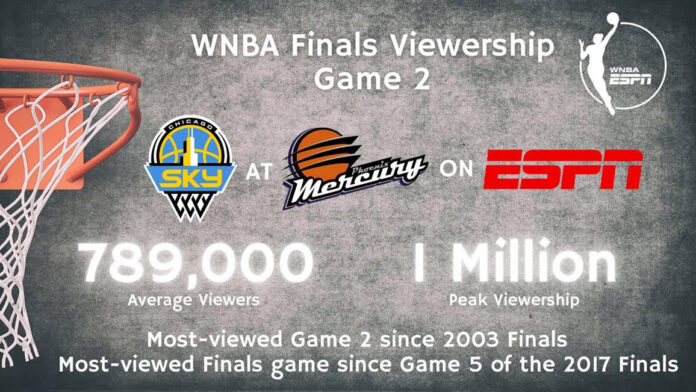 The WNBA’s 25th season has turned into a legendary run, with notable players coming from all over the league. Jonquel Jones, the MVP, was unanimously voted to the 2021 All-WNBA First Team, marking her debut on the First Team after being selected for the Second Team. All 49 votes declared her for the first team, a rare feat and another indicator of how special this season has been for the WNBA. Joining Jonquel Jones on the First Team are Skylar Diggins-Smith from the Mercury, Brittney Griner from the Mercury, Breanna Stewart from the Storm, and Jewell Llloyd from the Storm, forming a monster team.

Similarly, the Second Team is comprised of Tina Charles of the Mystics, A’ja Wilson of the Aces, Sylvia Fowles of the Lynx, Arike Ogunbowale of the Wings, and Courtney Vandersloot of the Sky. With amazing players like these, it’s no surprise that both the regular season and post-season were the most exciting basketball seasons ever, with Jonquel Jones leading the Sun to an impressive 26-6 record with a 14 game win streak close out the regular season. We can see these exciting and different plot threads in the recent stats for the Game 2 Finals Viewership between the Mercury and the Sky, where peak viewership reached over a million, some of the highest in decades.

While much of the excitement of the regular season can be attributed to the thrilling new play of younger greats like Jonquel Jones and Arike Ogunbowale, the WNBA Finals pitting the Phoenix Mercury and the Chicago Sky doesn’t just play upcoming greats against each other but builds up an even greater narrative with all-time legends, like Candace Parker from the Sky and Diana Taurasi from the Mercury, facing off against each other, leading to heated battles that went down to the wire.

Candace Parker’s return to the Chicago Sky makes this post-season run by the team particularly exciting, as she moved from her long-time team of the Los Angeles Sparks to her hometown and won a championship, despite all the challenges. Thus, Candace Parker could launch a legendary post-season hometown run and victory for the Sky, further validating her already dominant status, along with other greats like Courtney Vandersloot. This great narrative, combined with the high level of play exhibited across the WNBA, has led to Game 2 of the Finals being the most-viewed Game 2 since the 2003 Finals and the Most-Viewed Finals Game since Game 5 of the 2017 Finals.

Overall, it’s incredible to see the WNBA and its players get more recognition for their tremendous achievements in this historic 25th season. While more established players, like Candace Parker and Diana Taurasi, capped off the season with a crazy final series, players like Jonquel Jones show that the next generation is here, and there are more great games to watch.