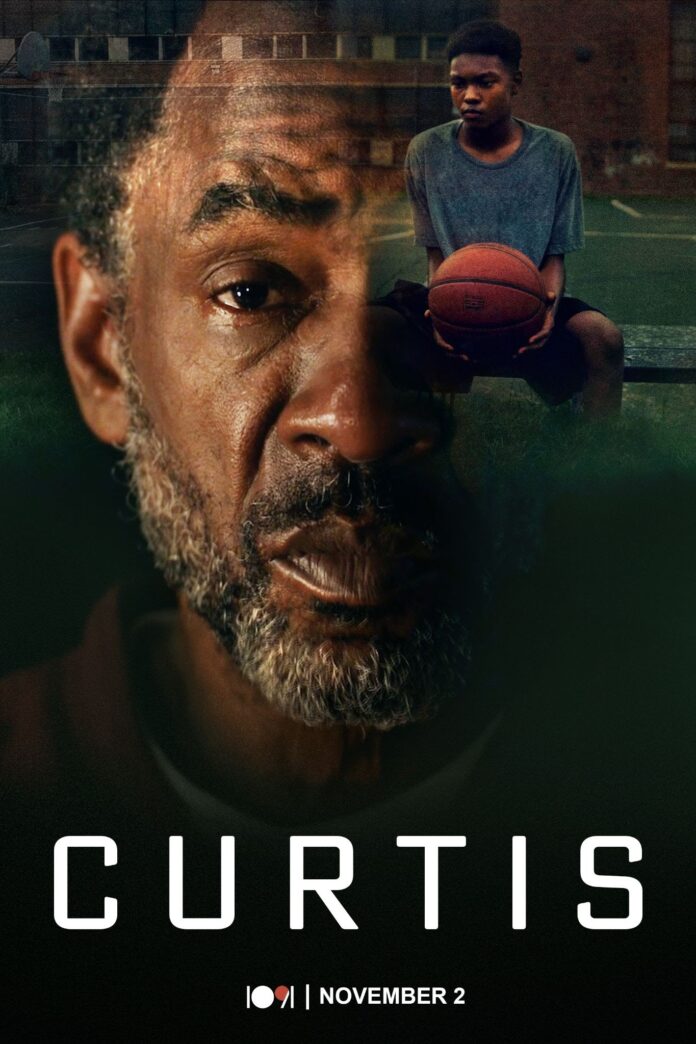 CURTIS, a touching drama starring DWIGHT HENRY(Beasts of the Southern Wild), official trailer from 1091 Pictures, has been released. Chris Bailey’s feature-length directorial debut follows the title character as he battles demons from his past in order to solve a present-day mystery. Beginning November 2, 2021, the film will be available for purchase or rental.

Set in Detroit, Curtis follows a former star basketball player whose battle with mental illness keeps him trapped between reality and the cobwebs of his own memory. That battle is only exacerbated when he discovers that his high school championship ring is missing. As he tries to unravel the mystery behind the disappearance of his memorabilia, Curtis befriends a neighborhood boy who helps him along the way. But even with the anchoring effect of his newfound friend keeping him in the present, the search plunges Curtis deeper into the murky space between reality and his adapted version of it.

Dwight Henry delivers a tour de force performance as the film’s protagonist, embodying the many nuances of a troubled soul whose brilliance cannot be dimmed by the circumstances of his life. Alex Henderson shines just as bright in his portrayal of Dre, serving as the perfect foil to Curtis while still telling his own story. Together, the two actors capture exactly what writer/director Chris Bailey aimed to do in making this film.

“CURTIS is about regret, mental illness, and ultimately believing in yourself. My whole mantra for the film is: Everybody has a story. So I’m very grateful to the entire team at 1091 Pictures for seeing the importance of sharing a story like Curtis with the world,” said writer-director Chris Bailey.

“We were impressed with Chris’ vision and scrupulous storytelling in this powerful and important film and appreciated the way he was able to tackle such difficult subject matter in a relatable and heartfelt way,” said 1091’s head of content Eric Min. “Mental health is often overlooked in underrepresented communities, and we’re proud that this film is contributing to the conversation to draw more awareness to these issues.”

CURTIS producers include Chelsea Davenport, Kimberly Hwang, and Desi Bee Richardson. The deal was negotiated by Paradigm Talent Agency on behalf of the filmmakers with Lev Avery-Peck and Gregory Maurice on behalf of 1091 Pictures. The film won the Jury Award for Best U.S. Narrative at the American Black Film Festival and the Audience Award at the Atlanta Film Festival.

About 1091 Pictures: 1091 Pictures is a modern distribution partner for independent film and series owners based in New York and Los Angeles, offering content licensing and delivery to over 100 destinations in over 100 countries. The company represents over 500 filmmakers and distributors and has amassed over 150 award nominations, including two Academy Award® nominations, an Emmy nomination, a Grammy Award for Best Music Film, and over a dozen Spirit Awards nominations. Leading the way in digital distribution, 1091 Pictures helps its clients navigate the streaming landscape, providing marketing resources and valuable insights through partnering with its parent company’s new technology platform in development, Streamwise. 1091 Pictures’ diverse slate of releases includes NYT Critics Picks such as The Ghost of Peter Sellers and Grammy-Award Winner Linda Ronstadt: The Sound of My Voice, riveting sports stories such as A Kid From Coney Island executive produced by Kevin Durant and featuring Stephon Marbury and Red Bull’s The Dawn Wall, audience favorites such as The Last Blockbuster, groundbreaking documentaries such as Close Encounters of The Fifth Kind and The Phenomenon, which reveal the latest intelligence on UFOs, and indie film hit such as Academy Award® Winner Taika Waititi’s Hunt for the Wilderpeople, Spirit Awards-winner Christine, and the knockout comedy The Overnight starring Adam Scott, Taylor Schilling, and Jason Schwartzman.

For more information on the film, visit 1091pictures.com