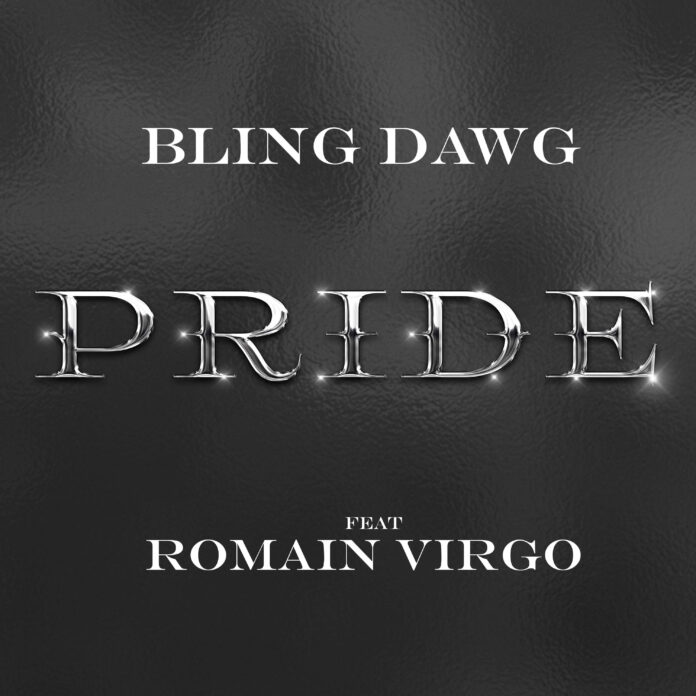 Bling Dawg, a renowned Dancehall icon from Kingston, has released his new single “Pride,” which features reggae crooner Romain Virgo, through the Grammy-winning entertainment business Creative Titans. Bling Dawg spent the past three and a half years on sabbatical, focusing inwards on a holistic physical revival. “Pride” makes its official premiere today as the follow-up to his last single, “YO!,” produced by Damian Marley and featuring Chris Martin, which dropped in September.

Just in time for cuffing season, Bling Dawg commissioned the contemporary king of lovers rock, Romain Virgo, to help his love interest to forget her pride, and go with the flow. The profession of love is imbued with compliments and affirmations to empower his lover in her autonomy to do what feels good, proudly. And in case she needs a little extra confidence, Virgo assures her on the chorus – “You can do the things you want, don’t hide…Girl, I love the things you like.”

The second single comes ahead of Bling Dawg’s highly anticipated first-ever full-length project, Elev8, due out early 2022. The album is a testimony of Dawg’s physical transformation after losing over 200 lbs. His mental and spiritual health journey played a significant role in his musical trajectory, which he exclaims.

Bling Dawg states, “It’s been a long journey for me, but I’m finally ready to share my new album (Elev8) with the world. These last few years, I’ve elevated health-wise and musically, excited for this rollout.”

Creative Titans founder Ron Telford also states, “We are absolutely honored to be putting out Dancehall legend Bling Dawg’s first & official full-length album, which has been long overdue. Bling set the way for many of your favorite Dancehall acts, and he is, arguably, one of the greatest lyricists in the Dancehall community.”

The album boasts plenty of legendary features alongside the dancehall icon, including Morgan Heritage, Popcaan, Busy Signal, Bounty Killer, Romain Virgo, and Tanya Stephens, with multiple productions by Damian Marley. Bling Dawg has made significant contributions to the reggae sector and is finally ready to share his project with the world.

About Bling Dawg: Marlon Ricardo Williams p/k/a Bling Dawg was born in Kingston, Jamaica but spent time between Portland, Jamaica, and Miami, FL, during his childhood. Bling Dawg’s break into the music business came when he was in Miami. He met two other Jamaican artists, Dugsy Ranks, and Biko Bailey, who, along with Bounty Killer, recruited him to be a part of Shocking Vibes Productions. Through that new association, Bling was able to work with and write for some of Dancehall’s best acts. He enjoyed Jamaican chart success with songs such as ‘Say My Name,’ ‘Perfect Lady,’ ‘Like We Do,’ ‘Johnny,’ ‘Dignitary,’ ‘Pass Dem Remarks’ and ‘Give Thanks,’ as well as the collaborative hits like ‘Phone Call’ (with Vybz Kartel), ‘Father And Son’ (with Captain Barkey) and ‘Let It Be Me’ (with Sanchez). Bling Dawg has performed at many shows worldwide, including Sumfest, Sting, Fully-Loaded, and put together many local community shows to help the people of Jamaica. Bling set the way for many of your favorite Dancehall acts, and he is, arguably, one of the greatest lyricists in the Dancehall community. With his current rebrand, he has documented his health transformation (losing over 200+ lbs), and the new music will tell a story of his musical elevation.

Twenties Season 2 Now on BET And BET HER