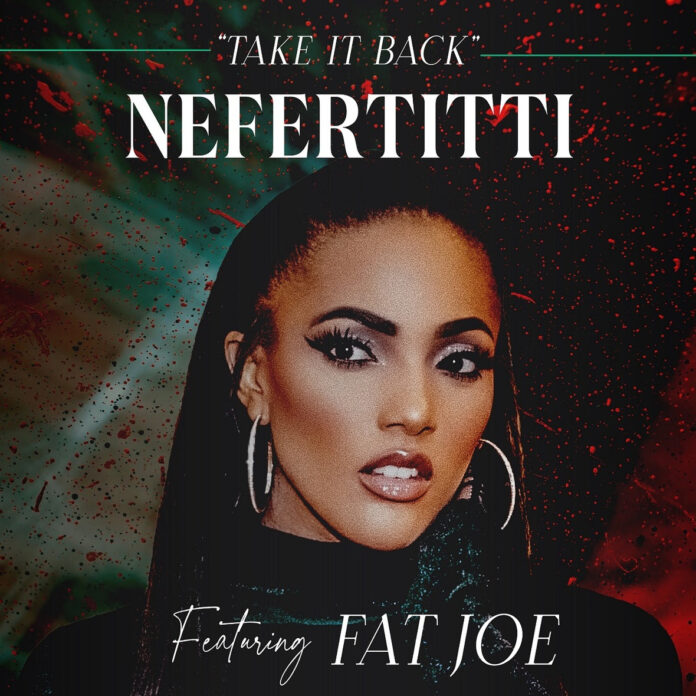 ‘Take It Back’ was written by Tim Kelley and Nefertitti Avani and produced by Tim Kelley. ‘Take It Back’ was inspired by two people that were once together, and the relationship fell apart. Then they started realizing that they ultimately needed each other,” the artist says. “It’s the desire of rekindling the unmatched fire that they once shared,” she adds.

“Nefertitti is unique because she’s an R&B artist with wordplay just like a hip hop artist, and that’s what impresses me so much,” shares multi-award-winning songwriter-producer Tim Kelley. Co-Executive Producer of the project, Hip-Hop Legend, Actress, Philanthropist and Personality, MC Lyte adds, “Producer Tim Kelley, gives us yet another hit by composing a feel-good song for newcomer Nefertitti to show why she deserves the spotlight. Fat Joe on this song adds texture and style! It’s a smash all around! “

‘Take It Back’ is available today on all streaming platforms via the SRG ILS/BeatCave Entertainment label imprint. Click HERE for more information on the artist.

Bitcon Movie to be Released This October

Jeiris Cook Is Back Making Music To Help Others