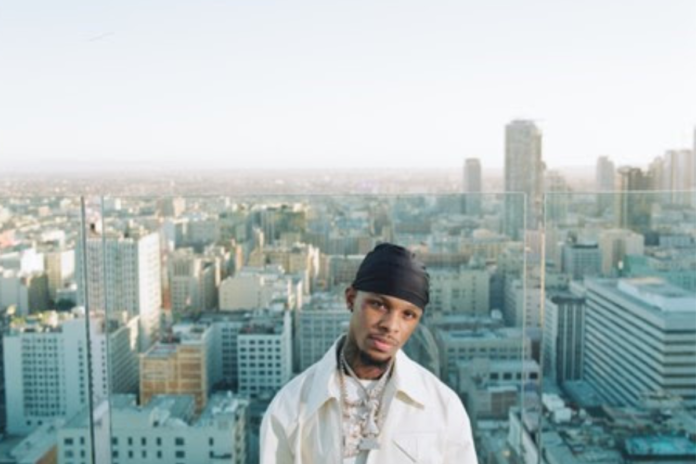 ( ENSPIRE Music ) His Songs Will Be Featured in Beautiful Mind Tour

22 years old and Syracuse-born, Toosii is a Raleigh-based artist who will feature in Rod Wave‘s tour called Beautiful Mind Tour. At first, he had an album all prepped for our ears. Suddenly a baby boy came into the picture, now being a father his mindset had changed. He created the “Boys Don’t Cry” EP, which contains new songs and fan favorites. He’s singing for his new family in this one.

Ever since having his baby boy he has reflected on toxic masculinity and what it means to be a man and a father.

“I wanted to give my fans a snapshot of where I’m at, of how much my life has changed with the birth of my son. Growing up as a man, we were always taught to be tough, not to have emotions, and that boys don’t cry. But it’s just not true. It’s alright as a man to tap into that emotional side.”

“Boys Don’t Cry” expresses Toosii’s raw emotion and unfiltered thoughts. Introducing some of his tracks: “Hey Now! (Car Freestyle)” has a piano ballad and intensity, talk about an introduction to this new EP. Next are “Butterfly” and “Date Night” which describe the emotional bond and physical intimacy between people. In his song “Bikini Bottom” Toosii reflects on his come-up which shows the impact of an absent father and how it can impact many little boys in generations to come.

“Love Is…” has over 35 million global streams along with 163 thousand Tik Tok creations inspired by this song. According to KAZI Magazine,“[Toosii’s] lyrics often draw on more intimate details of his personal life than the standard fare, and he delivers them with a melodic sensibility.”

The Beautiful Mind Tour will begin November 11 at Minneapolis’ Target Center. You can view the itinerary and purchase tickets here.

Watch the official music video for “Love Is…” below.