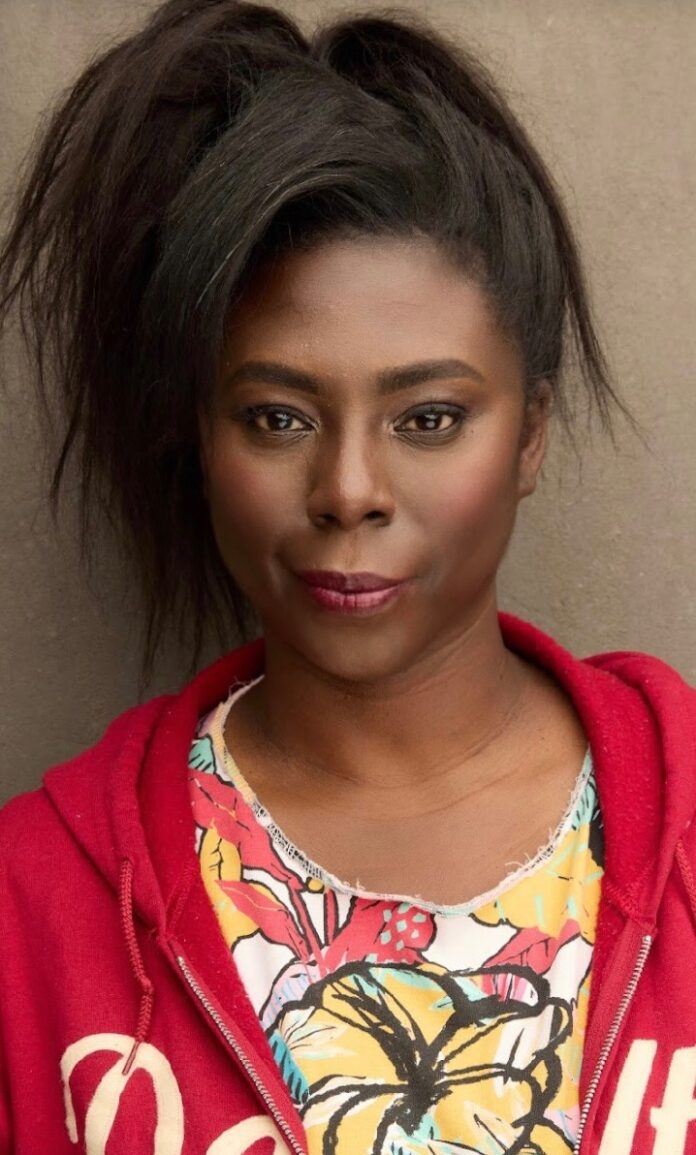 Actress, writer, podcaster, and Telly Award-winning producer Maryam Myika has recently ventured into the realm of screenwriting, quietly making a name for herself in a space that hasn’t always been welcoming to Black female writers. Myika is telling stories that are personal and important to her, using her work ‌to communicate her experience.

The Christmas movie Myika wrote based on her own life, A Sisterly Christmas, recently premiered on OWN. She is now working on an upcoming thriller for Lifetime TV. Myika also wrote the untold story of Tammi Terrell for an upcoming biopic titled Mountain High, which will star Kat Graham.

In addition to her screenwriting career, Maryam Myika is a well-established actress. She began her career with the role of the Buxom Chorine in the 2001 Tony Award Winning Broadway revival of 42nd Street. She has also had supporting roles in feature films like SMARTASS, starring Joey King, NBC’s Law, and Order, and FX’s hit show Rescue Me among many others. Recently, she joined the cast of This Is Us for season 4.

ENSPIRE had the chance to talk with Maryam Myika about her life, career, and what’s coming next.

When you were a child, what did you want to be when you grew up?

When I was a child, I only had aspirations of being a ballet dancer. My parents were very supportive of my dream and enrolled me in classes at 5 years of age. I studied and became quite good, and soon my desire for dance became my passion for the future. Once I graduated from college with a degree in Fine Arts, I pursued my dance career full time and landed my first Broadway show, earning a Tony Award for Best Musical. I have always known I would be in the performing arts; thankfully, my gut has never steered me wrong.

What was it like to write a Christmas movie based on your own life?

When writing a story inspired by my life in Harlem, the joy I had was unmatched. Thank you to the amazing producers who allowed such a story to be told. Not often can we see black women live out their true desires, fears, hopes, and dreams on screen in a real way. A Sisterly Christmas captured that and more. To tell the story of a family struggling with death was not only honest to our human experience but authentic to my own life. Losing my loved one during a time of holiday only to have to move on in life was hard. I wanted to tell the story of us in a relatable way, set in a time when the holidays are supposed to bring joy and cheers. It was an honor to bring this story to life and even more fitting to tell it on a wonderfully supported network committed to telling our stories.

What has been your favorite role as an actress?

My favorite role has been all the roles I’ve played. Each one has given me a peek into who I am. When playing a mother, or streetwise hooker (Smartass), a real estate investor (Law & Order), a hostess at a swinger’s party (Palm Swings), to Betty Buxom Chorine (42nd Street — Broadway), those characters color in different ways giving me something to hold on to, and making me feel alive as an actor. These and all the other roles I’ve played on screen and on stage are the lifelines to the soul of my artistry. I am thankful for it.

As a Black female writer, what is it like making a name for yourself in creative spaces?

Making a name for myself in the industry has been a process of highs and lows. There has been no straight line to the mindset of success nor a tried-and-true method in making a name for myself. Fortunately, there have been many people in my circle who have championed my work. Having an advocate on the “inside” can make a career stepping-stone experience great. Executives have rallied around me creating opportunities for me when there were none. Doors have opened for me on the strength of kindness, humility, and mutual respect. What I know is that you do not climb the career ladder alone–who you see going up are the same faces you see going down. Creating a name for myself in this business has meant building my community. It is an active lesson in intention and one that never stops.

Are you working on anything new right now?

I am fortunate and grateful to continue to work, this time collectively writing with an uber-talented writing team, a feature film airing on April 16th, 2022, starring Tina Knowles, Michelle Williams, and Romeo Miller for Lifetime Television.

Maryam Myika has found success in many areas of her life, and she is still on the rise. Her story is an inspiration to anyone who wants to follow their creative passions, regardless of obstacles standing in the way. Stay tuned to hear what’s next for this multifaceted Hollywood creative.