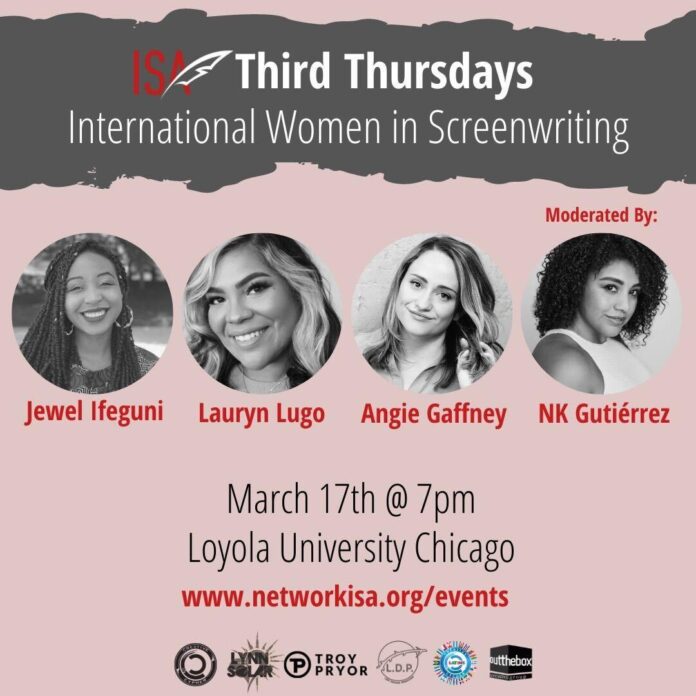 When it comes to diversity in the entertainment industry, people of color still have to fight for representation. Thankfully, there are people who are helping to make changes for the better. Creative Cypher Founder and Executive Producer Troy Pryor relaunched the International Screenwriters Association (ISA) Chicago chapter and kicked off Women’s History Month with an all-women panel “International Women In Screenwriting.”

Cypher Latino’s goal is to empower the LatinX creative community through live programming, activations, and grants. Pryor works closely with Cesar Rolon, founder of Latina Tech Expo, World Fashion Week, and several LatinX programs including the Chicago Puerto Rican Day Parade. Together, Pryor and Rolan have assembled a powerhouse team to guide this division to an impactful future in partnership with several organizations in Puerto Rico.

“So many of our efforts focused on Black and Brown initiatives so it only made sense to let Cesar lead the focus on those engagements. I’m confident in my abilities but I understand how to let experts lead the way.” says Pryor.

It’s amazing that Troy Pryor is helping to ensure women’s voices and contributions are heard. Follow him on Instagram!