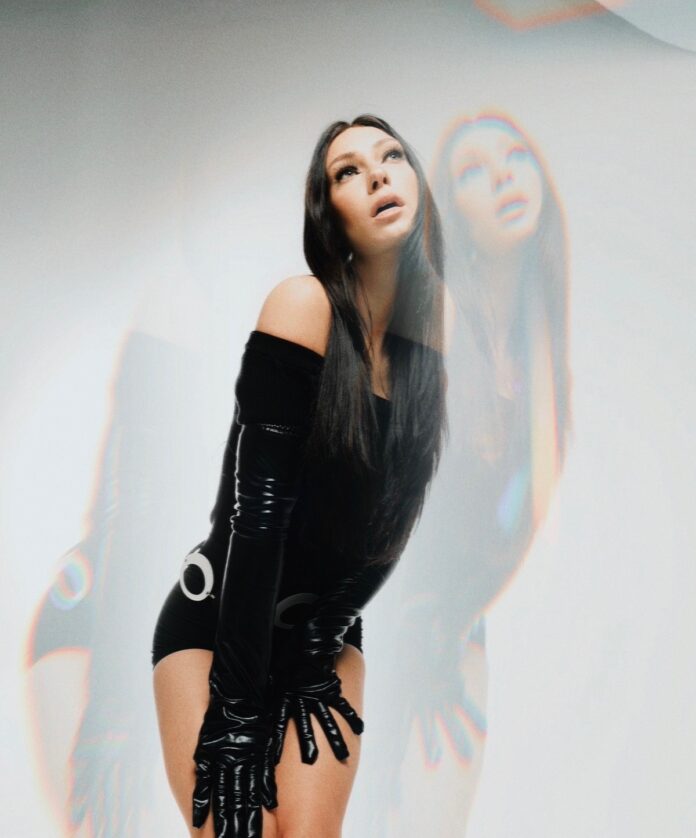 If you don’t already know her from American Idol Season 17, Katie Belle Akin is a name to watch out for! She is a rising star in the pop industry, and she shows no signs of slowing down soon. Her latest single, Daughter, is now available for streaming.

While on American Idol, Katie Belle captured the hearts and attention of viewers around the world, including celebrity judges Katy Perry and Luke Bryan. Her fun personality and great stage presence gave her an edge in the competition and have helped her through her career to this point.

What does being a musician mean to you?

Tell us a little about your music? How would you describe it to someone who had never heard it? What’s the vibe, what’s the mood?

I would definitely say my music is pop first and foremost but you’ll hear a lot of other sounds in my music as well. I’ve done some R&B, country, some dance and I’m even in kind of new-age disco sound with my last single Now That I Know! I’m a huge fan of music so you’ll hear inspiration from everywhere in my songs!

How did you get your start as a musician? What has the journey been like so far?

My journey in music started at a super early age. I was 7 or 8 the first time I got a solo performance for the school play and realized singing was all I wanted to do. About a year later, I got scouted by Capitol Records at a talent competition and sent to Nashville to work with Jaime O’Neal, that was my first time writing or recording in a studio. I was 11.

It’s kind of different every time, I’m not a producer, so during the creative process, my biggest thing is writing and vocals. I love coming up with lyrics and if I get lucky I’ll have some kind of melody as well. I also love to co-write, it helps me stay inspired and think outside my head.

Tell us about your new song and music video, Daughter. What was the inspiration?

Daughter is one of those full-circle breakup songs, the one you listen to when you realize you guys are never getting back together and you’re probably better off for it.

It’s such a crazy story, I didn’t actually write the song (written by Jax, Michael and Nancy Natter, Josquin Des Pres) but when I heard it, it described a relationship that I had back in high school that almost ruined me to a T. I had chills the first time I heard it. And the music video is just as special. I collaborated with one of my very best friends Joe Crognale. He basically came up with the concept. We both agreed we wanted the video to be super cinematic and metaphorical and I think we succeeded.

They even filmed parts of it in my childhood neighborhood! Daughter was such a fun project and definitely one I’m proud of. (:

If you’re looking for a new artist to follow or a new song to stream, look no further! Katie Belle has a few songs out now, available on all streaming services with videos available on YouTube. There is plenty of content of hers to enjoy, so make sure to check it out here: Spotify, YouTube, Apple Music.

Tianyu is the Leader in Chinese Lantern Cultural Festivals