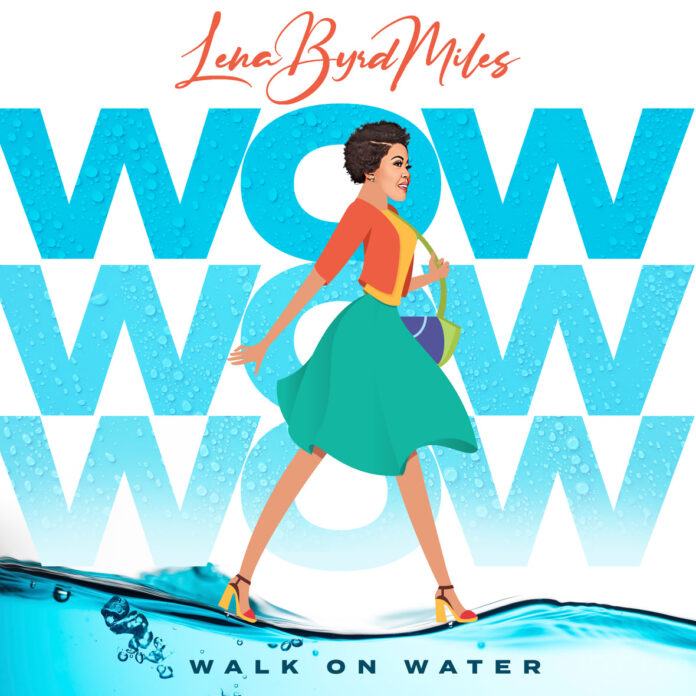 “W.O.W. (Walk On Water)” was written by Lena Byrd Miles, Warryn Campbell, and Eric Dawkins. It was also produced by Warryn Campbell for My Block Inc. “Walk On Water is to step out of your own way; letting fears, pride, excuses, and lies we tell ourselves bagged up in that ‘stinking thinking’ space go and choosing to step into BIG faith mode,” shares Lena. “It is walking by faith, letting the Lord lead, while doing what’s necessary to carry out your purpose and accomplishing all God ordained for you to do,” she adds. “W.O.W.” is the third single from Lena’s upcoming album, due later this summer.

“W.O.W. (Walk On Water)” is available on all streaming platforms now via the My Block Inc./SRG-ILS Group label imprint.

To listen to her single, click this audio link.

As one of the most sought-after vocalists in contemporary gospel, Lena’s soulful and extraordinary vocal prowess has caught the attention of musicians and artists alike.

As a result, her gift has opened many doors. She has shared the stage with such luminaries as Tye Tribbett, Lalah Hathaway, Deitrick Haddon, Dorinda, John P. Kee, Doobie Powell, the late Thomas “TC” Clay, and more. Furthermore, she was privileged to sing with the legendary Edwin Hawkins as part of the New Edwin Hawkins Singers—where it all began. Above all, Lena is a wife, daughter, sister, friend, and licensed hairstylist with a unique ability to connect with people. In addition, her innate comedic prowess and infectious laugh draw you in, but her compassion for mankind will cause you to appreciate her heart.

By taking the torch of the legendary Hawkins family, Lena is continuing the journey of the rich heritage of Gospel music by representing the new sound of the Bay.