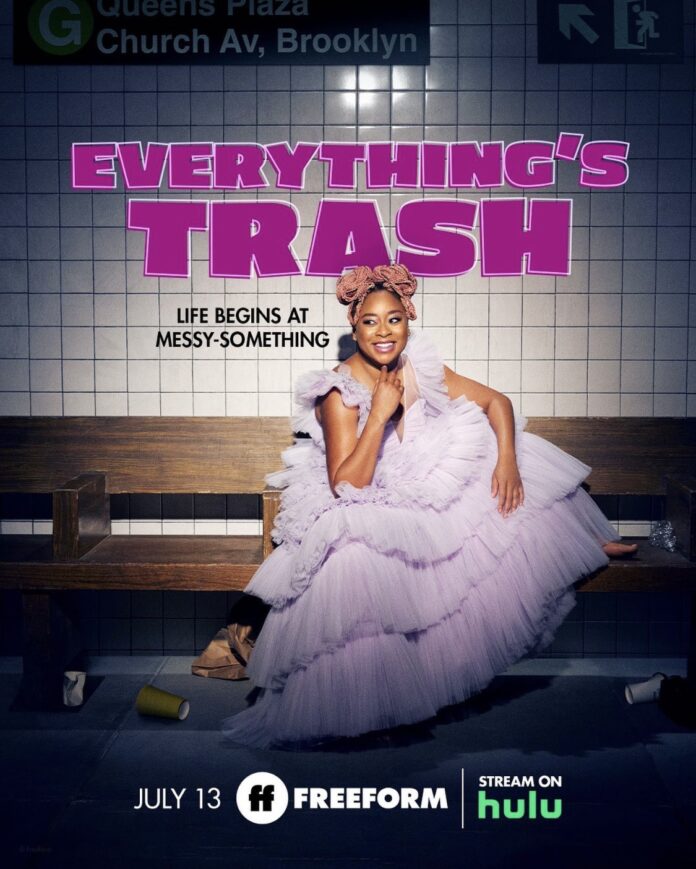 Freeform announces a new show coming your way on July 13, 2022, known as “Everything’s Trash.” This show features a young Black female navigating her messy life and finding who she truly is as she grows up.

Phoebe, who actress Phoebe Robinson plays, is a young podcast star tackling her life one day at a time. Even though Phoebe would like to stay young forever, she is forced to grow up when her brother Jayden, who actor Jordan Carlos plays, becomes a politician. With the help of her friends and family, she can mature and become an independent young adult. The first two episodes, ‘Choosing Between Peen & Politics is Trash,’ and ‘Black Excellence is Trash,’ will premiere this Wednesday.

Phoebe Robinson had a successful comical career before beginning her role in this new series. Her work has been seen in Glamour, the New York Times, Vanity Fair, and Huffington Post. She also worked with Jessica Williams to co-host the HBO series and podcast, “2 Dope Queens.”

She also has appeared on television multiple times, including on The Today Show, NBC’s Last Comic Standing, and the Late Night Show with Seth Meyers. Her podcast, “Sooo Many White Girls,” premiered on July 12, 2016, and her first book, “You Can’t Touch My Hair,” debuted on October 4, 2016. She wrote two other books, her most recent one, “Please Don’t Sit on My Bed in Your Outside Clothes,” published on September 28, 2022.

Check out the trailer for the series below! Also, stream the first two episodes this Wednesday at 10 p.m. ET on Freeform and new episodes every week. Episodes will also be available on Hulu the day after each release.