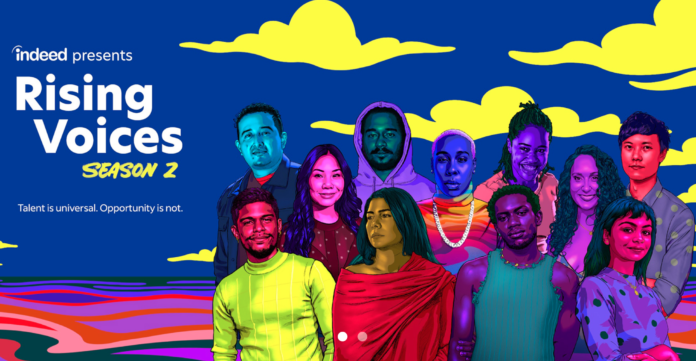 Each film surrounded the singular theme of the meaning of work and each one of the filmmakers was awarded a $10,000 writing fee, received a $100,000 production budget, a dedicated line production crew through Hillman Grad and 271 Films, and had access to an additional $25,000 COVID budget to ensure the safety of the cast and crew. In the coming weeks, the filmmaker who profoundly showcased the power and meaning of work in their film will receive an additional $100,000 to create new work for Indeed as a non-exclusive filmmaker in-residence.

10 Filmmakers and their films:

To read all of the filmmakers’ full biographies click here.

To catch up with filmmakers and the premiere of Rising Voices season two, click here.