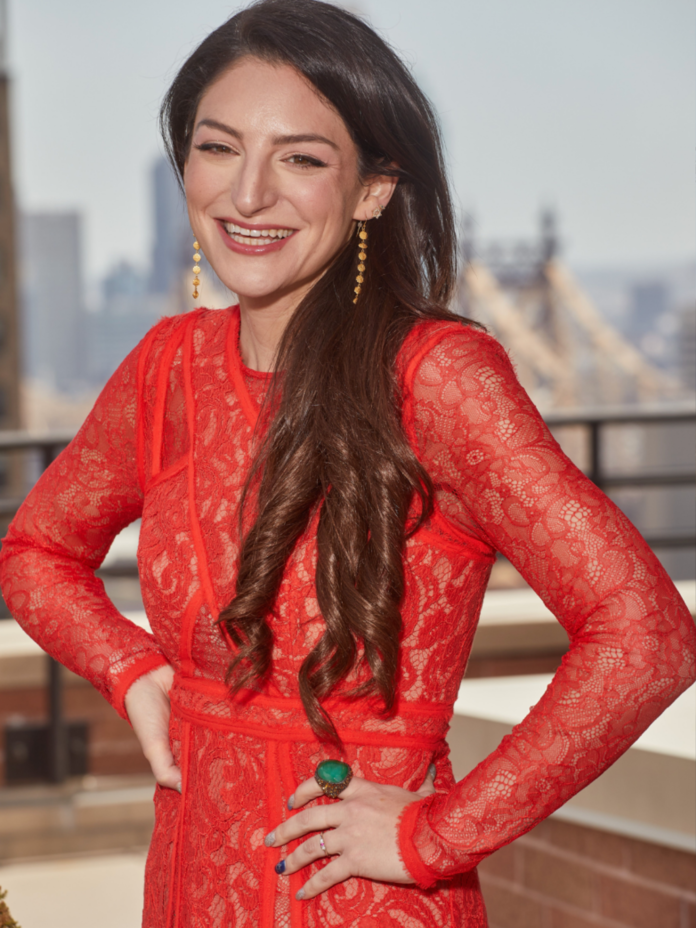 Rebecca is a Rabbi, educator, and performer, whose focus is to entertain and educate others through her Jewish practices and artistry. Rebecca Keren Eisenstadt has an ordination certification, semicha, from Mesifta Adas Wolkowisk in New York. She became a graduate with honors from NYU Tisch School of Arts and Leonard N. Stern school of business. Also, she is a graduate of Charles E. Smith Jewish Day School. With several educational successes, she became a rabbi. Her services were known throughout New York. She worked with synagogues in Manhattan and officiated weddings, Jewish events, funerals, and holidays.

Her mother, Merry Madway Esisenstadt was her role model and inspiration. Her mother taught her more about being a rabbi and educator than just her studies. Rebecca’s mother was self-motivated and pursued her passions of Jewish learning and the Hebrew language. Her experiencing Jewish summer camps and youth groups in Israel brought her joy. She immigrated to Israel and learned to speak Hebrew when coming back to the States to marry her father her mother became a journalist for the Jewish press. She told stories of the Jewish world such as schools, community centers, leaders, social events Synagogues and Yeshivas, and so much more. Anything pertaining to Israel, Jewish, and the US she wrote. Her ability to be recognized for all her hard work and storytelling is what prompted Rebecca to do the same with her own studies and career.

Rebecca was the middle child and wanted to be heard. Performing was a gateway to accomplishing that desire. She would perform singing and dancing shows with her sister. Her father, Dr. David Esenstadt, composing music. Music wasn’t his job, but his parents’ piano lessons made him an astute pianist. Rebecca took piano lessons. But she put her practice into singing lessons to train her voice. She still has one of her father’s old keyboards in her apartment in NY.

This musical drive triggered her musical talents and performance art. She has acted in various productions with The National Yiddish Theater/Folksbiene since 2009. Rebecca starred in the National Yiddish Theatre’s Off-Broadway show, The Megile of Itzik Manger. She also starred in the LaMaMa E.T.C, Metropolitan Room, and Axelrod Performing Arts Center productions of Rachel and Leah. Rebecca appeared in Swados’s award-winning tribute for the Triangle Shirtwaist Factory Fire memorial, From the Fire.

Her old keyboard was for rehearsals and workshopping for the musical Rachel and Leah: The musical before Technicolor. This was her favorite musical with which she shared a personal connection. She wrote the lyrics and co-wrote the Book with Daniella Rabbani. She collaborated with 5-time Tony Nominee Elizabeth Swados who was her mentor. This musical expresses her love of Jewish storytelling, the sisterhood sibling rivalry, her love of performance as she played the leading character Leah.

Rebecca is making a difference for many people within the Jewish community. Her performance background and educational pursuits have made her a jack of all trades. She is a well-rounded on-demand rabbi whose practice and artistry have changed the way we think of the role of a rabbi.

Glamour Celebrates Women Who Have Empowered The World