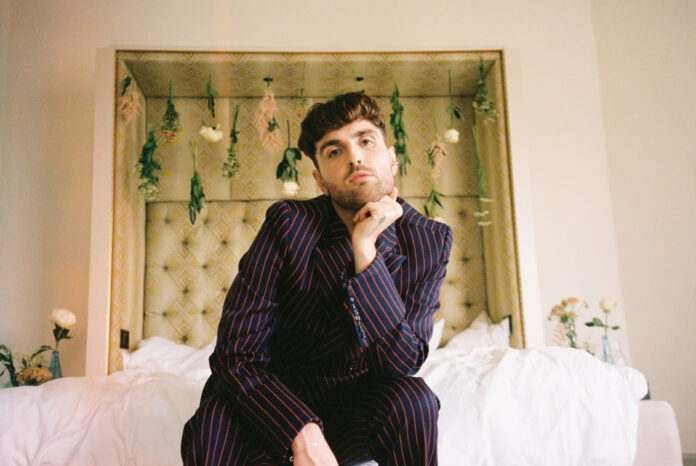 Duncan Laurence returns with a new single, “Electric Life,” after his single “Arcade” soared past 10 billion global streams. One of his most personal songs to date, “Electric Life,” is the first track to be released from Laurence’s sessions with his fiancé, songwriter Jordan Garfield, and producer Paul Phamous (Frank Ocean, Nick Jonas).

Duncan Laurence describes the message he is trying to get across to his listeners through his new song. “In ‘Electric Life,’ I sing about a warm, loving, and grateful feeling towards loved ones who have passed away,” Laurence says. “It is a positive song about the transformation of deep sorrow into a feeling of hope. Delving into your memories like that probably comes closest to a brief visit to heaven and being there with all the ones you have lost.”

While the song’s subject matter is weighty, Laurence was determined to cloak it in dynamic, colorful production inspired by ’70s icons like Elton John and Queen.

“It starts with piano, which is a reference to ‘Arcade,’ and then it explodes into this up-tempo pre-chorus,” Laurence said. “You can sing about sad things, but there has to be a little bit of sunshine poking through those big gray clouds.”

Laurence won the Eurovision Song Contest 2019 with “Arcade,”– giving a performance that was hailed as “powerful” by The New York Times and “haunting” by The Guardian. The song took the #1 spot on Spotify’s Global Viral chart on release and ultimately took off on Tik Tok, with now over 56 billion views on the platform. It has attained Gold/Platinum certifications in 37 countries, including Platinum in the U.S. “Arcade” was Capitol Records’ #1 most-streamed track of 2021. Laurence marked the milestone with a year-end live performance on the rooftop of the iconic Capitol Tower in Hollywood.

Placing in the top 30 of the Billboard Hot 100, “Arcade” was the first Eurovision Song Contest winner to enter the prestigious chart in 45 years. A top 10 hit on U.S. Adult Contemporary radio, the single also placed on numerous international charts, peaking at No. 1 in five countries and climbing into the top 30 of the U.K. Official Singles chart and the top 10 of the Shazam Global Pop Chart. Laurence performed “Arcade” with a string quartet on “TODAY” and was joined by FLETCHER for a performance on “The Ellen DeGeneres Show.” Kelly Clarkson even covered the song on her show. Now, with “Electric Life,” Laurence begins a new era.

On June 22, Laurence invited a small audience to come to the Fabrique Des Lumières in Amsterdam, where he performed “Electric Life” live for the very first time. View highlights HERE.