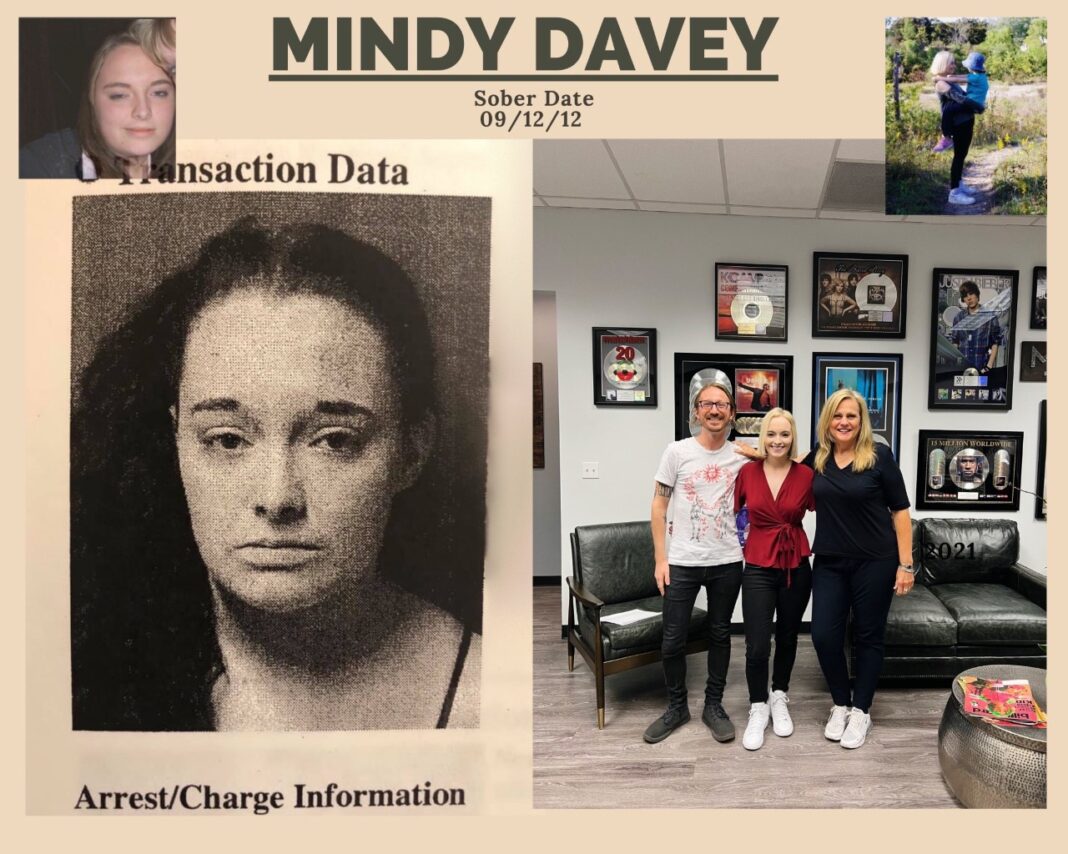 ( ENSPIRE Music ) From Addiction to Recovery to Finding Her True Destiny, Mindy Davey is Here to Inspire

An artist, a public speaker, a live streamer, a mom to a special needs child, and most of all a fighter; Mindy Davey is here to change lives one song at a time. The artist’s new single “Destiny,” will help listeners find their purpose, their destiny, and their meaning in life.

Hailing from Buffalo, New York, Davey has captured the attention of many with her inspirational story of overcoming addiction and maintaining a now 9-year sobriety streak, and winning the 2017 America’s Got Talent Front of the Line Pass Contest. Now she records with the likes of Grammy-nominated producer and vocal coach, Mama Jan, who also coaches artists such as Justin Bieber, Usher, Drake, and many more.

To learn more about Mindy Davey’s recovery and artistic journey, we asked her some of our most burning questions!

Your story is truly an inspiring one. Can you share with us what your addiction and recovery journey has been like?

Yea I grew up in a small town outside Buffalo, NY. At a young age I was a tomboy and growing up I didn’t have many friends because I didn’t fit in with the other kids. I began getting picked on by certain kids for being different. When I had no one my mom was really my rock to help me through those difficult times. She became sick and was in and out of the hospital. I was invited homecoming week to a party and I went thinking I would finally fit in and make new friends. At that party, I was introduced to OxyContin which I became addicted to instantly. All my problems just went away and I was numb. I went on for years after continuing to place drugs above all other things. I got arrested my first time and was placed on a 6-month ACD. I found legal methamphetamine that went undetected on my tests and I continued to use it during the program. Once the ACD was up I hit the street again using harder stuff. Not long after that, I was arrested in 2012 for possession again. This time the judge placed me in a 6-month outpatient treatment center where a week into my program I found out I was pregnant. I knew it wasn’t me hurting just myself anymore it was my unborn child. Anything I put into my body from that point forward would affect my baby. So I vowed from that moment forward to change my life around and stay clean for my child. I graduated from my treatment center and had my daughter Arianna. Fast forward to now, I’m going to be 10 years sober on September 12th and I’ve dedicated my life to telling my story and making music that inspires and motivates others through their dark times. I lived through my addiction to help others in life.

When and why did you decide to turn to music as an outlet to inspire others?

I truly used music at first as a tool to stay sober and really was my escape away from everything. I ended up trying out for America’s Got Talent in NYC and when I was walking towards the freedom towers down Broadway I came across a homeless man on the side of a building not asking for anything at all. Just trying to stay warm as best as possible with what he had. Not one person in the 5 minutes standing there did anyone ask if he needed help or even looked at him. That bothered me! So I grabbed some stuff that I thought he could use along with food and water. I gave it to him and as we were talking, I found out that his apartment had burned down. His wife and 2 kids got a spot but the shelter filled up and he was out on the street. He was so thankful for that bag of stuff. I wrote a song when I got back to Buffalo NY called “Peace” which was all about my personal experience with him. When I recorded and released the song I had so many people reach out saying the song inspired them to do a random act of kindness. From that moment forward I used writing about my personal experiences and life ‌to inspire as well as bring hope to others who truly need it.

What has your musical journey been like? How has music helped you on your sobriety journey?

Music is everything to me and the journey so far has been incredible. As I mentioned earlier I went to America’s Got Talent in NYC to audition for the show. I didn’t make it to the camera round but the experience was amazing. When I got back home not only did I write my first song called “Peace” about the homeless man but I began to live streaming on an app called Periscope. We grew fast on the app reaching over 14,000 followers. One follower’s name is Mike Letica. A businessman from Duluth MN. He loved my music, my story, and my message. He asked me to come out to Duluth MN to speak at detention centers, youth centers rehabs, and schools. Which I accepted! I went on a speaking tour around MN. We also did drives for the homeless and an organization called Chum. Mike is a leader in the community and over time he’s helped me with learning every aspect of how to be a businesswoman. It’s very rare and ‌destiny, to find someone, especially on an app, who wants nothing but to help others just like me. Mike became my manager in 2017. I ended up writing more songs, one song was called “Morgan’s Song” all about a girl in Albany NY who was bullied to the point of wanting to end her life.

I came across her story on Facebook from a page called Hope Rises and they were asking the community to send her cards to show her people do love her. I wrote Morgan’s Song and took it to my online fan base to collect cards for her. We took a drive out to Albany, NY to meet Morgan in person. We found out it was her birthday too and got her a cake to celebrate. I witnessed firsthand what this experience did to Morgan. It really helped her and showed her that people do care and that she really matters. I recorded and release the song alongside a powerful music video. The video caught the attention of Nathan Walters a Grammy Nominated producer from Nashville TN. He wanted to work on a song together and we ended up flying out to Hollywood California in 2019 to record one at Capital Records. Which ended up being my single “Drifting Away”. We got introduced to Grammy Nominated director Israel Anthem a few weeks later and ended up shooting the music video in Nashville Tennessee. We released the song and had big plans for 2020 but Covid hit and then everything just shut down.

I continued to work incredibly hard at home recording music, singing, and doing collaborations with other artists via zoom. We also met the crew over at Lost Music Studios in Jamestown NY which is the studio I record here in NY. I continued to write songs with powerful messages behind them but I still wanted to get better at my craft and music. I wanted to properly take care of my voice and really take the next step in my career. So I ended up submitting to work with Mama Jan vocal coach of Justin Bieber, Drake, Nicki Minaj, Usher, and many more. After meeting with Mama Jan for a consultation she ended up becoming my vocal coach. For months I worked hard learning how to properly take care of my voice, warm up and cool down my vocals, and the fundamentals of music. Mama Jan opened up a new studio in Atlanta GA and we recorded a single with her. We did just that. Destiny my newest single just came out last month. All about my journey and how everything along the way was just truly meant to be. Music is truly everything to me and just keeps me on a positive path.

What message would you tell those that are going through a similar experience as you did?

I know at times it feels like your entire world is crumbling but those dark times aren’t permanent. They are temporary and YOU CAN make it out of that place. Never give up, one step at a time, things get better.

When will your album be coming out?

We’re currently working on it in Jamestown, NY. So I’m hoping to have it out this fall sometime. Dates will be announced on social media when we get the green light to release.

The inspiring story of Mindy Davey’s addiction recovery and full-force comeback will certainly continue to inspire many more to come. While we wait for Davey’s new album release, you can listen to “Destiny” now, and follow her on her recovery and musical journey on all social media outlets under Mindy Davey and her official website here.