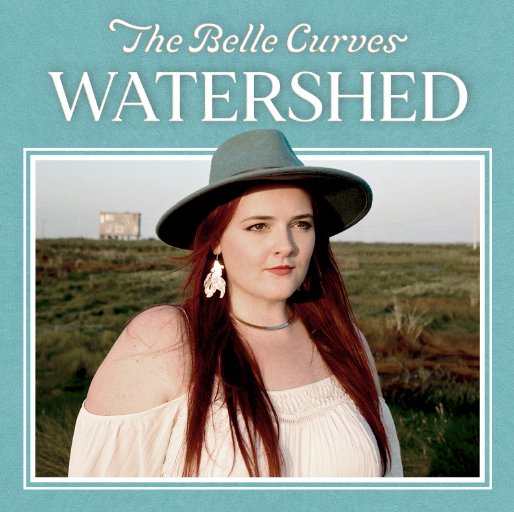 Hailing from Long Island, New York the queer singer/songwriter pulls inspirations from Country-Americana music with a strong rural connection. Delaney’s music style conveys a softness and understanding of others that touch each listener. The project had just released its sophomore LP, Watershed on Friday, June 24th.

Watershed is composed of eleven tracks. It can be described as the aftermath of “coming home from being on the road in some capacity. About relationships other than romantic ones, and being at odds with the culture you find yourself in. Making peace with that dissonance.” To support the album release, The Belle Curves will release the official music video for “Rosé Drive Thru” on July 29th

Singer-songwriter behind The Belle Curves, Delaney Hafener, effortlessly blends both country and Americana in her heartfelt LP. Watershed is a testament to one experiencing homesickness, love, and life on the road while finding pleasure in discovering yourself and understanding America in its full form. The album follows the single “Left Unsaid” as well as a single and accompanying music video, “Check Engine Light”.

What Impact Does Delaney Want to Have On the Public?

“I want people to feel everything, and stop repressing things. I think so much violence and interpersonal discrimination occurs because many people are repressing so many parts of themselves and thus feel alienated from other humans. I hope people relate to my songs and (although it’s cliche) know that they’re not alone. In that unity is where we can ‌dissolve the profound alienation that modern living creates and perpetuates” – Delaney Hafener

Long Island, New York may not be the first place that comes to mind when you think of country-Americana music with a strong rural connection. However, you might think differently after spending some time with the work of singer-songwriter Delaney Hafener. The driving force behind The Belle Curves, Hafener has a way of turning your assumptions upside down. Whatever preconceived notions you harbor about country music, the USA, love, relationships, identity, and belonging, you’ll likely find yourself looking from a newfound vantage point after hearing a few Belle Curves songs. Though certainly incisive, Hafener’s music also conveys consideration, thoughtfulness, and a sincere desire to know what it’s like in another person’s shoes.

Since the release of the album, Hafener has been exploring even more creativity within her music. She has been developing different iterations of the live set. As so many musicians will say, by the time music is released, it’s easy to be sick of the songs. However, she has had fun exploring different sides of the songs on Watershed and how they fit with older songs in the live set and trying different instrumentation for different settings. She also enjoys playing with different musicians to hear how they interpret the parts in new ways.