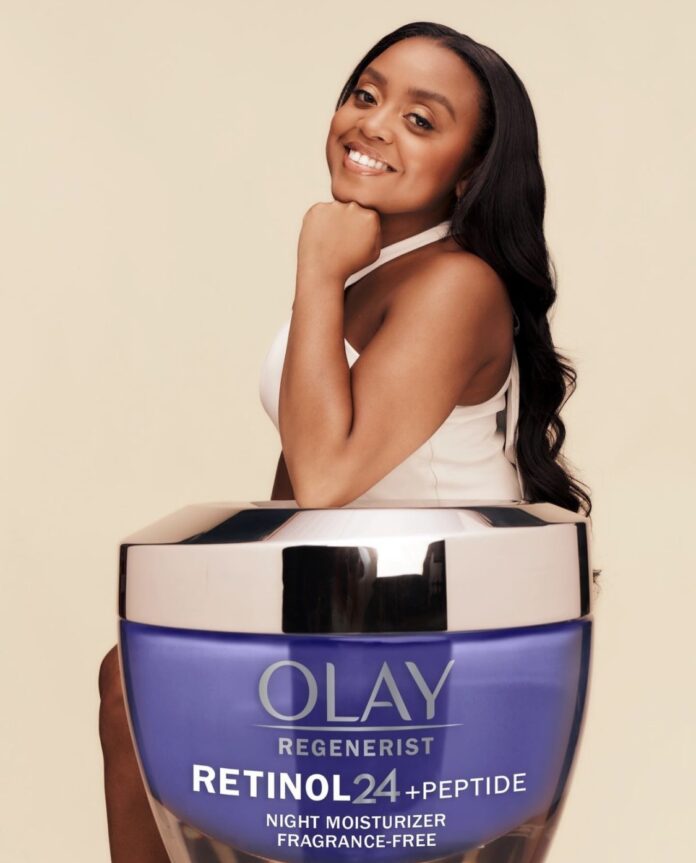 Along with being an actress, writer, producer, and Emmy nominee, Quinta Brunson will now be the new face featured for OLAY. Brunson will now appear in OLAY’s campaign for its Retinol 24 + Peptide Night Collection with this role.

Now after struggling to fit into the beauty standards within our society, she has finally found the confidence to embrace her beauty. With this found confidence, she is now working with Olay to change the unrealistic beauty standards and expectations that are held in society. The beauty campaign she will be featured in will correlate with OLAY’s Skin Promise. OLAY’s campaign will embrace beauty, and its products will never take that away.

Brunson will now work with OLAY on its Retinol 24 + Peptide campaign. These products are night creams, activating the skin when put on right before bed. Once you wake up in the morning after applying, OLAY emphasizes that your skin will feel smoother and brighter. Since this product is something Brunson incorporates into her skincare routine each night, this is the perfect partnership for this campaign.

Along with Brunson, OlAY has been trusted by women worldwide with its skincare for 70 years. In the labs at OLAY, it works to craft products with the best ingredients for the market. OLAY also has a passion for promoting equality in STEM for women. OLAY now, with its #FacetheSTEMGap, the company is helping women double major in STEM and working to triple the number of women of color in STEM by 2023.