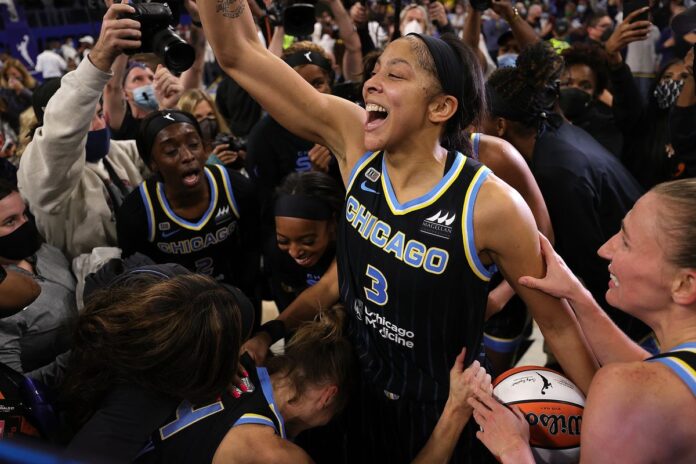 The WNBA builds on its record-breaking regular season by shattering even more viewership and public engagement records during the Playoff games. In a statement published on Friday (Aug. 26), ESPN PR announced that the first round of the playoffs (comprised of 10 games) attracted an impressive 392,000 unique viewers, which represents a 50% increase from the previous year and officially makes it the most viewed playoffs round in nearly 15 years.

Presented by Google, the 2022 WNBA playoffs semifinals commenced today and will continue through Thursday (Sep. 8). As per their partnership with Disney Network, the playoffs will be covered by their network exclusively. Disney Network’s extensive coverage of the WNBA also includes several additional shows that provide viewers with behind the scene insights, game highlights, and recaps.

The 2022 Semifinal Playoffs games will be announced by play-by-play host veterans Pam Ward and Ryan Ruocco. Rebecca Lobo, Andraya Carter, and LaChina Robinson will serve as expert analysts, and Holly Rowe and Ros Gold-Onwude will lend their world-class reporting skills to the occasion.

The first games of the WNBA Semifinal Playoffs are scheduled to commence tonight (Aug. 28). The first game has the Seattle Storm facing off against the Las Vegas Aces at 4 p.m. (ET). Later this evening, at 8 p.m. (ET), Connecticut Sun will play against the Chicago Sky.

Kéla Walker Takes Viewers to the Best Businesses in Brooklyn on...

Sins of The City, Exposing The Underbelly of American Community