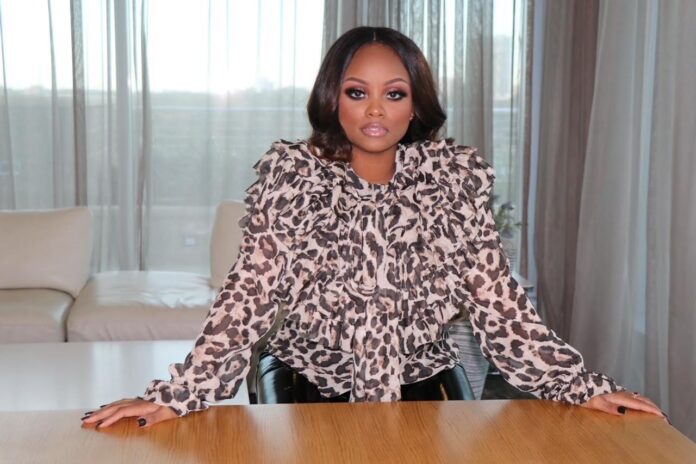 ( ENSPIRE She Did That ) Using Permanent Makeup, Zuri Dale Combines Art and Science as an Award-Winning Tattoo Artist

With many tricks up her sleeve, Zuri Dale is a force to be reckoned with. An epidemiologist, makeup enthusiast and award-winning tattoo artist, Dale is combining her love for science and art into one. Using the science behind permanent makeup, she created a program to bridge the gap between the two fields.

Permanent makeup, shortened to PMU, is a branch of tattooing that involves implanting pigments in a way that mimics cosmetics. Dale’s program – Artistry by Zuri – combines this tattooing method with her background in science to take a different approach to how they produce their work. They focus on scientific principles of skin physiology, pigment chemistry, science of skin, and infectious diseases to produce long-lasting and healthy results for their consumers.

“Our goal is to produce work that lasts and ages well with the client,” says Dale. “We take into account all factors related to skin science in order to do that.”

Conversion of art and science has enabled Dale to develop and perfect techniques that are unique to her program. Her knowledge of collagen in the skin and the fragility of it depending on age allow her to know what needles she should and shouldn’t use in certain scenarios. She also knows scar tissue build up plays a role in a lot of services clients want, so she has to take precautionary steps to break down that tissue before implanting additional pigment into the skin.

“I think this is what makes the merging of the two so unique,” says Dale. “Each client is akin to an experiment that does not produce an outcome until I see the healed result. When the client heals I access all variables and manipulate variables as necessary to improve the work I have already done.”

Dale is unique in that she is combining two fields that are not usually put together: art and science. She says that they form a natural partnership and both scientists and artists live with a similar inquisition to comprehend and explain the world around us.

“There is a similar need to bring order to the chaos of the world. Scientists do this through repeated experiments and communication of findings. Artists start with a vision and explore the best way to communicate their findings. When you consider it this way, the bridge of the two is natural.”

Balancing her involvement in the science field and makeup scene has led to early mornings and late nights for Dale, but she manages this through integrity and intensity. These sacrifices for the sake of expanding into the medical field gives her more credentials and easier access to converging science and makeup.

“I am very interested in the beauty industry, but I also am impassioned about science as I have just always been inquisitive,” said Dale. “I want to further the art but I also am passionate about health disparity, health equity, and health outcomes and the doctoral degree will give me the credentials to be most impactful.”

Her doctoral degree is also one of the biggest obstacles she has faced. Though she already has two degrees under her belt, Dale says that her doctoral studies is not so much a need as it is a want.

“It takes a lot of discipline to commit every day when you don’t necessarily have to…I know that the sacrifice is minuscule compared to the impact I will have once complete.”

Zuri Dale is breaking away from the norm and creating history by combining her passions of science and makeup into one. She learned from her experience in both fields that science transfers into the world of micro-pigmentation seamlessly and took this knowledge to start her own program: Artistry by Zuri. Located in Texas, she is an award-winning tattoo artist whose unheard of approach to makeup has broken barriers and made her stand out from the rest.

Related Articles: LaChanda Gatson Is Shaping Black Hair and Makeup , BlackRock Fund Targets $1B to Invest In Communities Of Color

Jor’Dan Armstrong’s “My God” is The Quintessential Summer Jam