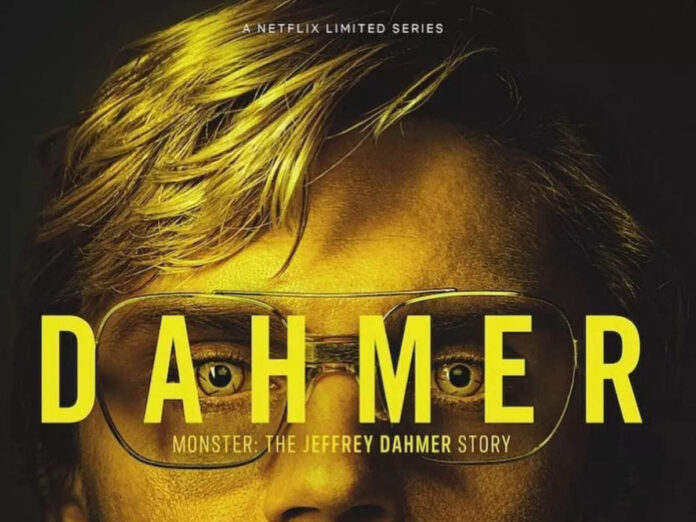 On Wednesday, September 21st, Netflix premiered its newest true crime series, “Dahmer – Monster: The Jeffrey Dahmer Story.” Over ten episodes, the series depicts the life of Jeffrey Dahmer, a serial killer who murdered at least 17 young men and boys in an infamously heinous fashion between 1978-1991. The series aims to tell the story of Dahmer, his victims, and the police who failed to capture him for so long.

The series clearly revels in the cinematics of its often grotesque and unsettling genre. There’s a hazy, sickly glow to every frame. An unsettling silence permeates most scenes, broken only by slicing music or dinky sounds that creep up your spine. The plot crawls to sustain its tension, and the dialogue is expectedly dramatic and foreboding. The most compelling aspects, however, are the intriguing performances by cast members such as Evan Peters (playing Jeffrey Dahmer), Shaun J. Brown (playing Tracy Edwards), Niecy Nash (playing Glenda Cleveland), and Richard Jenkins (playing Lionel Dahmer).

The series comes when true crime has become a very popular genre of entertainment. But as the popularity of true crime mounts, many question whether this popularity amounts to the sensationalism of murderous crimes and the people who committed them. Therefore, new true crime media needs to be self-aware and sensitive to these issues in its production.

With this in mind, some reviews have accused the show of being overly sympathetic or typical in its depiction of Dahmer. So far, however, the show has received great praise for expanding its narrative gaze. The show takes care not just to focus on Dahmer, but on the incompetence or carelessness of the police chasing him and how the marginalization of Black and LGBT+ communities only aggravated this issue. This is an important idea that many pieces of true crime media delegate little time to explore, preferring to spend more runtime further marveling at the morbid details of each crime they study.

Social media has been buzzing with praise for the series so far. Audiences are simultaneously dazzled by the cast’s great performances and horrified by the injustice of how Dahmer could operate for so long without getting caught.

Dahmer – Monster is available on Netflix, where it is #1 in the top ten shows today.