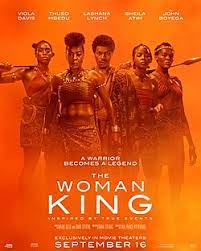 Released in theaters on September 16, 2022, the all-black female action movie portrayed the real history behind the 19th-century West African kingdom of Dahomey. Davis speaks on the strenuous preparation for her role in the movie, the transformative moments in her acting career that shifted her perspective, and the overarching reason the film “The Woman King” was so defining to her.

Davis discusses how much she had to prepare for her role in the movie, saying that she had to undergo hours of training a day and “the fact that [she is] still sitting here is a testament”. Nearing 60 years old, Davis pushed herself for an intense workout regimen comprising an “hour and a half of weight training, 3 and a half hours of martial arts after the weight training–running 10.0 on the treadmill”. She believed that this was all essential to getting the mindset of the warrior that she played on-screen, which allowed her to feel empowered in her own body.

Viola discusses her experience at Juilliard acting school, where she was taught that “if you are not 90 pounds and not a blonde-haired, blue-eyed woman then you’re just ugly, you’re just not feminine, [and] you’re not a woman” and how this perspective truly had a major impact on her vision as an actress. Her career has definitely had its struggles as she didn’t land her first big role until she was 43 years old. Davis has become one of the most successful Black female actresses in Hollywood while also sharing a production company with her husband Julius Tennon.

The movie “The Woman King” has many key concepts that are sure to move and empower its audiences, but the main takeaway was to cast a light on an entire history that most people know nothing about. When asked what Davis wanted people to take away from the film, she referenced her 12-year-old daughter and the emotional effect that it had on her. She says she wanted to “inject in [her] daughter what [she] didn’t have… that spirit of the warrior” and that she wanted her daughter to feel represented as a Black woman in the world we live in today.

Davis urged her audience to go to the theaters and support “The Woman King” because of how openly the movie shows the humanity of black women and the power of diversity in film.