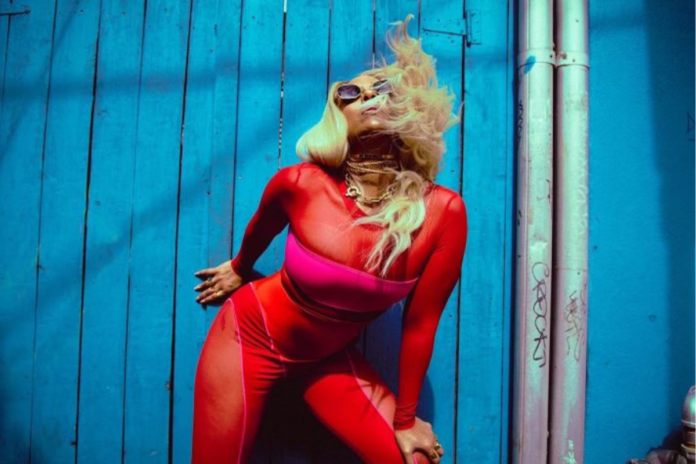 ( ENSPIRE Music ) A Song That Mixes Southern and R&B Sounds

Shae says, “Being a southern girl, I wanted to record a song that represented not only myself but my culture. I am from Louisiana and currently living in Nashville, so I was adamant about creating my own sound, so my producers and I created the SHAE GUMBO. We mixed flavors of New Orleans Bounce-R&B and Southern Soul together in one song.”

‘Run It Up’ brings all the flavors of her roots. Shae says, “It’s a record that came straight from my heart!” One of the reasons she created this song is because she is learning to put herself first.

Shae Nycole’s inspiration behind the song is, “It’s time to live, no matter what you’re going through, keep pushing. I have loved and I have lost, but I have also learned to win and now it’s time to live again.”

Shae Nycole had an iconic performance of her original music and classics at the 2019 Essence Music Festival. She is a ‘Cajun Country’ native, born and raised in Lake Charles, Louisiana. Her choir director, Gospel roots, and classical training have helped transform her career. Her exposure to iconic female artists influenced her classy, sexy and confident stride. Whitney Houston and Mariah Carey were the vibes she was striving for.

In the Fall of 2016 Shae Nycole returned to her Cajun musical roots with new singles called ‘Eff Love’, a song about moving on from unfaithfulness, and ‘Zydeco’ (featuring Boosie Badazz), an upbeat tempo that mixed Mardi Gras Spirit with expressions of love for her hometown.

Now the creation of her music label “Muse Music Group”, she tells her stories unfiltered and brings empowerment to a contemporary sound. She continues to captivate audiences by touring alongside acclaimed artists such as Tank, Keith Sweat, 112, Avant, Plies, Rick Ross, Jon B, and Ginuwine.

‘Run It Up‘ is now available on all streaming platforms via the Muse Music Group label imprint.

Nick Courmon Brings “For the Love of” Poetry