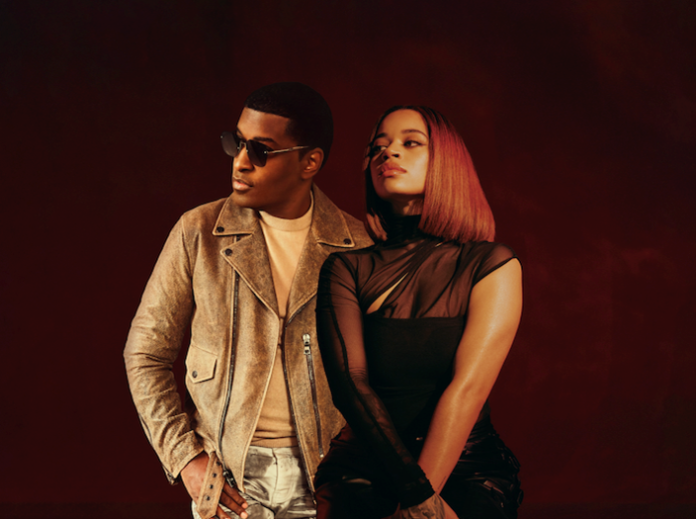 Set to appear on Babyface’s 2022 album Girls Night Out, ‘Keeps on Fallin’ is a thoroughly modern R&B track that channels romantic, vibey, and opulent energy. The song was first performed live by Ella Mai and Babyface at the BET awards in June and was met with an overwhelmingly positive reception.

On Wednesday (Aug. 31), the duo dropped an official music video to accompany ‘Keeps on Fallin’, The music video was directed by Ava Rikki, who is known for her work with FLETCHER, Gracie Abrahms, and Miss Madeline. The cinematography of ‘Keeps on Fallin’ pays homage to regency-era courtship by taking place in the historic Villa de Leon Malibu manor and featuring elaborate and elegant costuming and decor.

To take the ‘Keeps on Fallin’ music video to the next level, the R&B icons enlisted the help of Emmy and GRAMMY® winning actress/comedienne Tiffany Haddish (known for her roles in Girls Trip, Night School, and Nobody’s Fool) and Kendrick Sampson (who previously appeared in Miss Juneteenth, “Insecure,” “The Vampire Diaries”). In the music video, Haddish plays Ella Mai’s lively queen mother, Sampson fulfills the role of Mai’s hopeful royal suiter, and Babyface masquerades as the duke.

‘Keeps on Fallin’ is truly a unique R&B music video because it contains a very strong narrative thread that speaks about how wonderful love can be when it is kindled and the spark is kept alive. On the track, Ella Mai and Babyface sing about the power of this kind of love:

“So I love him even more on his worst day, he’s always there for me (Yeah) and I don’t know why, he don’t ever give up/ Go beyond and above, yeah, yeah (Yeah, yeah) but everytime he does, I’m right back at“

‘Keeps on Fallin’ is set to appear on Babyface’s Girls Night Out album, which is scheduled to be released late next month (Oct. 21). The new album will include exclusively female collaborations, with several of today’s most prominent and power female R&B icons, including Kehlani, Queen Naija, Ari Lennox, Doechii, and many more, joining Babyface on each track.

Girls Night Out is also expected to take the listener on a journey through love, heartbreak, and all of the messy emotions in between. Just as Babyface did in his incredible Waiting to Exhale soundtrack, the artist intents to tap into each of his collaborator’s personal experiences while creating the track in order to communicate complete and authentic emotions, and infuse each track with personality and meaning.

Stream ‘Keeps on Fallin’ on Spotify and Apple Music and watch the official music video below!

Living By Design With Jake and Jazz Returns With New Episodes