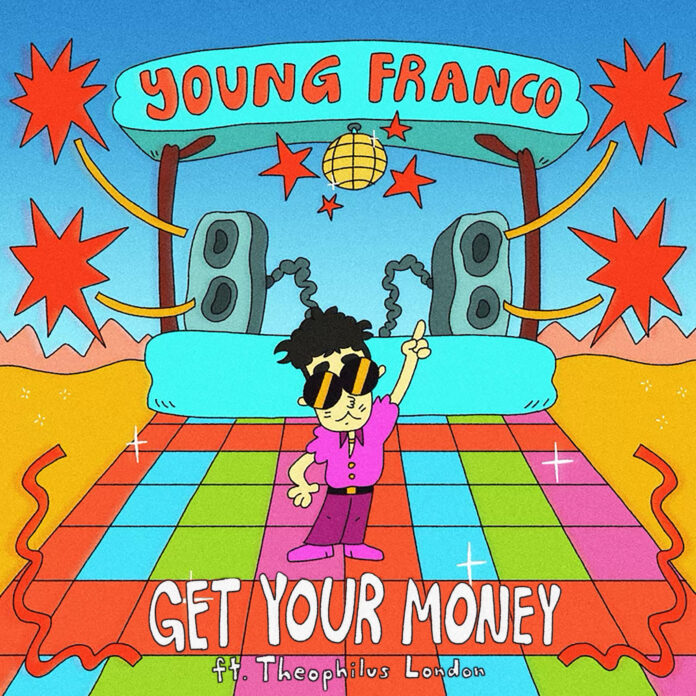 While Young Franco’s discography includes several noteworthy collaborations, the 28-year-old Australian DJ takes his craft to another level by featuring Theophilus London on his latest single, “Get Your Money.” The track gives a melodic nod to 70s sound by incorporating a sliding string section and tapped keyboard.

On “Get Your Money”, Young Franco accompanies Theophilus London’s peppy and smooth singing with a rhythmic live drum set and punchy slap baseline. Rather than delivering the lyrics in a typical fashion, London serves as the song’s personal hype man, infusing his vocals with so much energy and swagger.

Young Franco’s release of “Get Your Money” is certainly the producer’s way of building on his already established success. In fact, the Australian DJ’s music currently has 135 million streams on Spotify, enabling Young Franco to go on tour across the United States and secure impressive slots at festivals like Lollapalooza, Falls Festival, Spilt Milk, and Lost Paradise.

Theophilus London, the Trinidad and Tobago-born rapper and singer, joins the likes of Denzel Curry, Glass Animals, Jay Prince, Tame Impala, Kanye West, Giggs, Raekwon, and Tkay Maidza as one of the impressive artists that Young Franco has collaborated with. Young Franco’s Pharell-inspired “Like That“, released earlier this year, ushered in this new single and both bops have us excited to hear and see what else this ambitious producer has up his sleeve!

Kendrick Lamar Does It Again With The Release Of His 'Black...

Hennessy Announces New $1MM Initiative to Champion The Next Generation of...