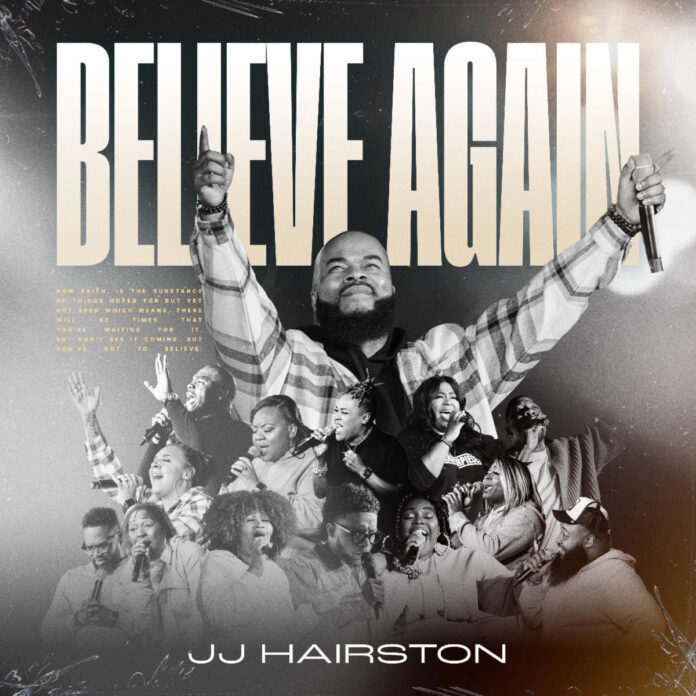 JJ Hairston has collaborated with TRIBL Records and Jamestown Music to create Album “Bigger” which is available for Pre-Order and Pre-Save right now. Hairston is a Grammy-nominated, Billboard Music, and Stellar Award winner.

Today TRIBL Records via Jamestown Music announce the new album “Believe Again”. Hairston is once again at the top of Billboard’s Gospel charts. He was named Top Gospel Artists of the Decade with his current single “Thankful”. His album “Believe Again” is a reminder about God and his message.

Hairston says, “Previously, my creative process evolved from the worship perspective. Although I am still a worshiper, as a Pastor, I teach more. Now, each musical project starts with a thought or a scripture. I spend a great deal of time thinking about what I want people to get from each song.”

“Bigger” is an anthem reminding listeners that God’s vision for our lives is more significant than anything the human mind can conceive. Upbeat with powerful lyrics and driving instruments, the song is sure to be a fan favorite.

The goal of this album is to remind people to believe in God, and focus on what he’s said and not what the world thinks.

To dive into the album here is the “Believe Again” Tracklist:

“Faith is a choice, and we hope the album will inspire people to choose God,” says JJ Hairston.

Currently, JJ Hairston is a Senior Pastor of All Nations Worship Assembly DC. Believe Again is one of the first projects he’s completed since this pastor position. The full album will be available on September 30th.